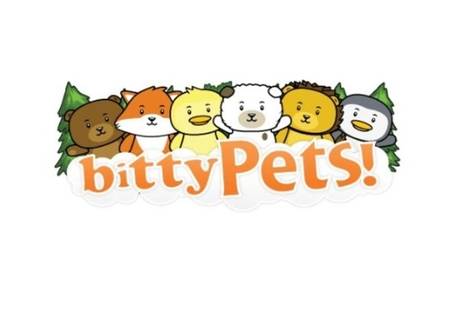 BEING PRESENTED ON OUR BEHALF

Many of us pledged a Kickstarter for Bittypets, no matter if you pledged $1.00 or $500+ you have a right to sign this petition! Because Jeremy Moore the creator of BittyPets and Owner of the KickStarter Project failed to use funds as promised, a suit is being filed via US Courts on behalf of the funders for the following reasons!

$10,000 : Base Goal. We will hire at least 1 developer and a graphic artist! Let's make this game HAPPEN NOW! Start cranking out tons of items and make the platform rock solid!

This was what we pledged for!! And the first promise that was not kept!! He never did hire a developer in the history of the game!!!

HEROIC BITTYPET SUPPORTER:
You are convinced that BittyPets will be nothing less than fantastic and are committed to its success! You will get to help name & design a rare item for the game, plus all of the previous awards (a signed poster, 5 postcards, $50 in gold and the super cool Desktop wallpaper).

TO DATE NOT ONE OF THE 4 backers got to design a rare!!

UNBELIEVABLY EPIC SUPPORTER:
You are irrefutably convinced that BittyPets MUST ACHIEVE GREATNESS. A character will made after your own likeness and added to the game, plus you will receive all of the previous rewards (a signed poster, 5 postcards, $50 in gold, the super cool desktop wallpaper, and my many thanks!)

ADD 5 more to the list to “create a rare” And keep in mind likeness images only came at a cost, as he threw a fit .. shut down the facebook group and went into hiding after an ill-fated attempt to create likeness Images!! Over 3 years LATER!! And AFTER HE WAS ABLE TO CREATE SEVERAL MP’s @ $20 each !!

Headed by Jodie Cooper in the Facebook Bittypets group started by Lisa Foster thru 2013 Jeremy Moore promised in his words, “No matter if the kickstarter is successful or not I promise “ I will never retire BittyPets even if I have to pay to keep it online myself! Remember I was also an SPP player and I understand what everyone went through. “ Not only was this written in the group but also in a private message!! Fortunately snipped screenshot and saved to someday create a “PAT ON THE BACK” video!!

GREAT THINGS ARE COMING! 2.0 will be here in the spring! Summer! Fall! Winter!! 2 more months! we’re building BittyPets 2.0 from scratch, just for you! Expect changes and great things soon. I hope you’re ready to play because this Fall, you’ll have a whole new world of fun and adventure to explore!

We gave him every chance; fell for every promise and now he says we can continue to play if we “donate” more money to play. Pay the $300 for the server?

Why would we trust Jeremy Moore with our money after all this? What we are asking for is the rights to OUR GAME! You worked hard Yes we do not doubt that but we also worked equally as hard and PAID at the same time!! He never gave anything back!! He took and took and when people started asking for answers he vanished behind the scene after we showed our loyalty over and over! We want the rights to OUR GAME yes we paid for it. We worked equally as hard to keep it alive! An outlined plan has been created for viewing later. For now we just need the signatures of our Pledgers! IF YOU DID NOT PLEDGE PLEASE DO NOT SIGN THIS as all Pledges must be verifiable in court! No worries if you are a supporter that didn’t fund the KickStarter you will be included in other phases of this process. This Petition is Phase 1 of our fight to gain the rights to the BittyPets game as “BACKERS/INVESTORS

What can you expect if we win this Petition?

What is included in the “Server Fee” NOTHING! The server does NOT keep the game running smooth!! There is not a team of people fixing game glitches!! It simply pays to keep the game ONLINE!! Anyone who has told you otherwise has been misinformed. Game Maintenance is left to the “DEVELOPER”

How will we keep glitches out of the game and keep it fun?

How can I help? For now if you funded the KICKSTARTER (PLEASE DO NOT SIGN IF YOU WERE NOT A BACKER) you can sign the petition. Later there will be (if needed) another petition for long time and new players.

This would simply be unfair the “Backers” Because it is written and was said multiple times those who “pledged” the kickstarter not only funded but were game INVESTORS/BACKERS all those who did pledge from a legal standpoint own a share of the game. For Jeremy to legally sell the game he would need the permission of at least 51% of those who did pledge the game!! Since we already paid for the game, it is not necessary to off to “purchase it again! We are also not looking to make a profit off the game as we feel the community has already invested so much with so little.. we want to be fair to all those who have spent the past 5 years loyal to the game while waiting for promises that he failed to meet.

A forum is not out of the question and something we will work on. Because we want to keep the forum safe from potential hackers and spam it will take a while to get it all completed.. no promises . instead we will bring what we can as we are able to!! This will prevent hard feelings and later regret, we do promise you will be able to continue to play the game as it is.. and earn “gold” to continue shopping!!