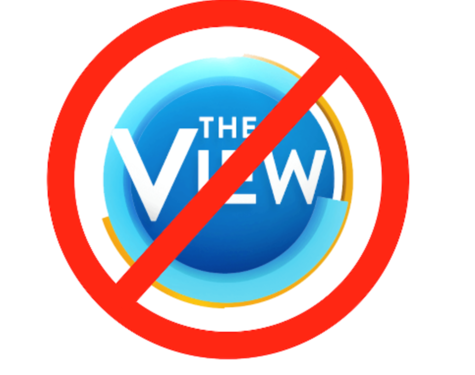 Fight to Remove The View from Television

The View is a toxic, hate-filled propaganda machine that serves no other purpose than to divide the people of America with repulsive rhetoric. The cast members relentlessly slander and defame the character of all those whose views are different from their own. Trecherous anti-American rants are the norm on this "show", substantiated by lies and personal opinions portrayed as facts. In a time when racial and social tensions are in a dangerously precarious state, the cast members of this propaganda weapon repeatedly pour salt in the wound of division, leading to chaos and violence in the streets of this great nation.

I plead with those patriotic Americans who want all the peoples of this nation to join together in unity, to stand up against this cancerous regime. If the sole purpose of The View is to cause division, chaos, and suffering to others, then it's a "show" that truly has no place polluting the airwaves. Now is a time of healing, not a time for lies and defamation which are apparently the edifying principles of this "show".