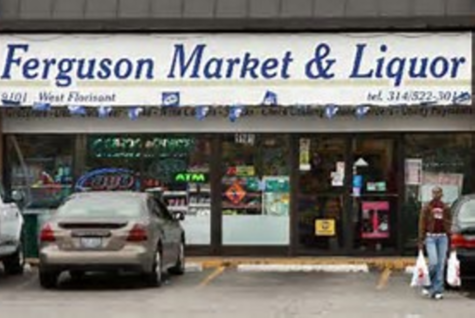 The recent release of a second video showing Michael Brown Jr entering Ferguson Market hours before his murder brings to light new questions challenging the Ferguson Police Department's narrative of what happened on August 9, 2014. The original story given by the Ferguson Police Department is that Michael committed strong armed robbery, but that is not what the new footage reveals.

That there would be a cover up on behalf of the store does not come as a surprise to the black community because there has been an outcry for many years about the illegal activities at Ferguson Market. For just as long nothing has been done. Nor would there be public knowledge at this time, if not for the release of the video.

Ferguson Market's profits rose after the issuance of their temporary liquor license, but the criminal activities were already established. Let us not forget that the employee's of the market stood out openly during the uprisings in Ferguson with assault-type weapons against the protesters. Let us not forget that the owners and employee's are not Ferguson or Missouri residents. They live in Illinois, but come here to profit from our black community.

The city manager who controls whether or not a business can obtain a liquor license in Ferguson has failed the people. It has come to light that the Ferguson city manager has been in secret meetings with Ferguson Market's owner(s) and has not reported to the city council about those meetings. What's the secret? Why aren't the illegal activities at Ferguson Market being investigated? Who's tied into the web of lies spun around this store?

There are a myriad of questions surrounding the death of a young black man who was portrayed in the mainstream media and social media around the world as a villain. He was murdered by a then Ferguson police officer named Darren Wilson who was given an exorbitant amount of money afterward. The mayor of Ferguson, James Knowles claimed ignorance of any race disparities in the city and continues to do so. He is currently up for re-election. Let's send him a message in not re-electing him. His termination ensures the permanent closure of Ferguson Market.

These privately owned businesses target the black communities for profitable sales of liquor, drugs, drug paraphernalia and expired foods. This is allowed because of how we are portrayed to society by the media. The same way in which Michael Brown Jr and countless other black people have been lied to and their killers applauded as heroes.

As a Ferguson resident and activist in the black community I'm asking you to stand with us in support of closing down Ferguson Market. In doing so we will eliminate illegal drug dealing, illegal liquor sales to minors and disrespect of black women and children. We will send the message to other businesses in the area and surrounding counties that their kind of business is no longer acceptable in our communities.