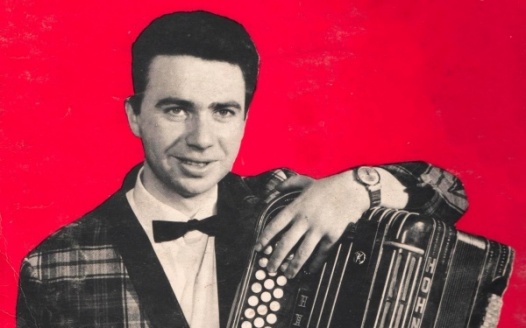 FERGIE MACDONALD (accordionist & bandleader) has given great pleasure to millions over his career. His contribution to his art, in which last year (2016) he reached 60 years in the music business. This year (2017) he has turned 80 years of age - and still going strong.

Brought up in Mingarry, Moidart near Acharacle, he developed a unique style of playing accordion, that would become one of the most popular styles in Scottish band history. He took the great Highland, Bagpipe and Gaelic Ceilidh music from a little known or played genre, to being recognised as one of the most popular music styles played today. This led to his nickname ‘THE CEILIDH KING’.

He also is one of the most respected composers in the genre, (to date over 100) with his compositions played regularly by all the Scottish bands and indeed all over the world. His has been in constant demand since the early 1960s for countless frequent TV and Radio appearances, and has released over 40 studio and live recordings.

As a young man he served his national service in her majesty’s forces with pride, and was called up for active service during the short lived Suez crisis. He then went on to become a highly respected Physiotherapist. for over 30 years serving in Glasgow and Fort William.

From arriving in Glasgow in the late 1950s Fergie quickly became one of the most popular and in demand Scottish bands in history. Over 60 years later, and still performing, he is an absolute Scottish legend, and all over the world wherever Scots exist.

Fergie also became in his youth an outstanding shooter and went on to become Captain of the winning Scottish team. A man of endless talents including the building of the legendary Clanranald Hotel at Mingarry, of which he was mine host for over 40 years.

Fergie is a man of great humour and chat, yet he is modest, almost to silence, regarding his support for those in need. Successfully overcoming a dreadful personal period of his life in the 1970s, when alcohol took over his life. Now sober for over 40 years, he has given countless hours of his time helping hundreds of people over the last decades whose life was controlled by alcohol. This was carried out in confidence over the phone or by personal visits. Also he has helped countless charities from his youth to present day, including playing at countless functions raising much money for many causes.

We think it is time Fergie was recognised for all he has achieved in his life.

Ceilidh Music and its KING should be rewarded and recognised.