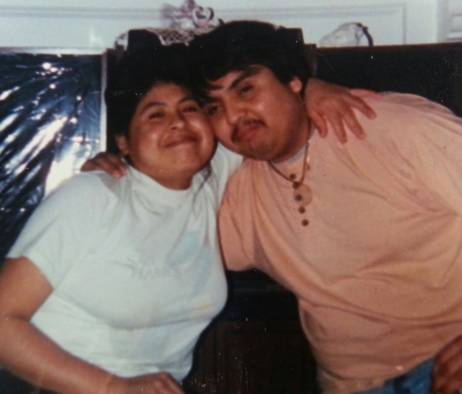 Father of 2 U.S. Citizens Facing Deportation, 30 Years Later and ICE Seeks to Deport Him to Mexico

Martin Martinez (A# 098 228 462) and wife, Julia Ochoa, have been married and been residents of New York State for more than 30 years. They are parents of two U.S. citizens and hard-working community members. On Thursday, April 6, 2017, ICE ordered Martin to return on May 3rd for yet another ICE check-in and this time with a one-way ticket to Mexico. He is now counting down his last days in the United States.

Maria Martinez, their 22-year-old daughter, who was born and raised in New York, is seeking the support of the community to ask ICE to extend her father's stay in the United States.

Martin and Julia applied for asylum in 2004, but their applications were denied and they were placed in deportation proceedings. An immigration judge ordered them to be deported because they couldn't prove that it would cause "exceptional and extremely unusual hardship" for Maria and her brother, Martin Jr. if they were deported. At the time Maria was 10-years-old and her brother was 15-years-old. The immigration judge told Martin and Julia they would get a letter providing a date for them to leave the country, but it never came, so they continued to work, pay taxes, and raise their children in New York.

Julia has no criminal record, but yet she was detained by immigration and customs enforcement agents on April 8, 2013 along with her husband at their home early morning. Martin has 20-year old and 16-year old DWI charges, and has since learned from his mistakes and never again was he pulled over. On April 23, 2013, Martin and Julia were released under orders of supervision due to the efforts and outreach on behalf of their daughter and son, community leaders, several non-profits, and a number of government offices who asked ICE to grant them prosecutorial discretion and halt their removal proceedings.

Martin and Julia are not a danger to the public. They have been contributing members to the community for over 30 years, have two U.S. citizen children, and a 3-month-old granddaughter. ICE does not have sufficient grounds to deprive a family of their father and bread-winner and/or to expel a man from the place he's called home for over 30 years. Please sign below to tell ICE to stop Martin's deportation from happening in May so that he is able to stay and continue living with his family in New York.