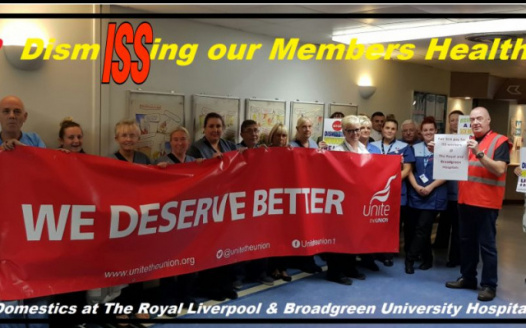 ISS took over the contract at The Royal Liverpool Hospitals. for domestics, porters and caterers these ISS workers are being denied access to a fair sick pay scheme, with many workers forced to continue working whilst not well enough to do so, or face severe financial difficulties.

ISS workers have challenged this cruel and callous sick pay scheme, but ISS continue to ignore their concerns.

We the undersigned, call on ISS to STOP dismissing their workers' health and to implement a fair sickness scheme. We also ask local MPs and Councillors to support this campaign.