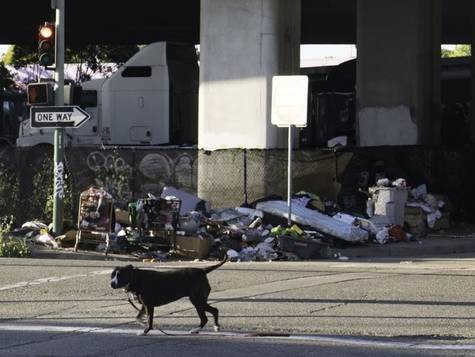 Finding a Fair and Safe Solution to Oakland Homeless Encampments

We the undersigned ask the City of Oakland to move tent/RV encampments off city streets, from under freeways, along BART lines, and dead-end streets and into specified and supported dwelling areas that are not streets, sidewalks, or public thoroughfares; to where health, sanitation, and other, necessary services can be provided to homeless populations. Where those efforts are underway, we ask that they be accelerated. Leaving the encampments in place on city streets defaults the problem to vulnerable neighborhoods that are totally without resources or authority structures to do anything to either help the people so housed or abate the blight they cause. Oakland neighborhoods are forced to accept squalor, trash, unsafe streets, impassable sidewalks, a lack of sanitation, and odor. Our city is better than this.