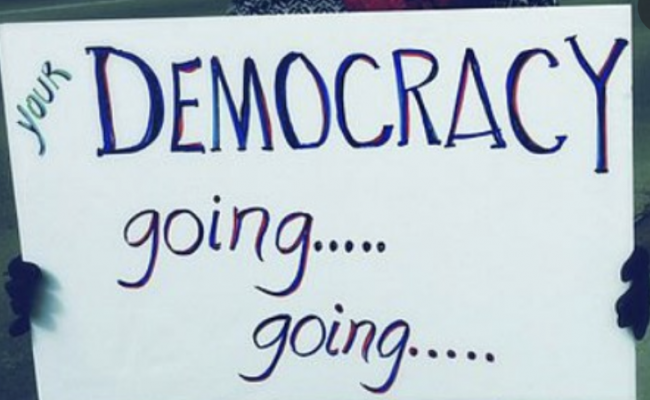 A failure of democracy and fundamental freedoms on the Australian left: Open letter

On Saturday 18 June 2022 we awoke to the news of two devastating travesties of democracy within the Australian Greens. The democratic election of the Victorian Greens Convenor, Linda Gale, was overturned on a technicality, and a longstanding member of the NSW Greens, Anna Kerr, was expelled from the party and prohibited from ever rejoining.

Why? One might be led to believe that they committed some heinous act. Not so. Their only ‘sin’ was to suggest that the rights of transgender people, which they support, should not, however, be affirmed at the expense of the rights of women, children, homosexuals (or indeed any other group within the party or wider society). Moreover, Gale did not foreground this issue in her campaign for the convenorship; in fact she did not even mention it, despite being subjected to persistent vilification on social media. Her campaign focused, instead, on the party’s broader platform and objectives as understood by the membership as a whole, and she was democratically elected on the basis of that campaign. Many members of the party have already expressed outrage—at State Council, in comments to the press, on social media—at the subsequent overturning of the legitimate result of a democratic election.

What Gale did do was to urge that all issues be discussed respectfully and reasonably within the party. In the Convenor's Report she had prepared for State Council on 18 June (but was not able to deliver, having already been ousted), Gale reiterated that wish and documented the social-media smear campaign waged against her by members of her party, including by state and federal Members of Parliament. She urged that democratic processes and the rights and freedoms of all—including freedom of expression—be upheld. That difficult issues be resolved through debate and consensus, not through the imposition of one point of view to the exclusion of all others. Through respectful and honest interaction rather than through bullying, mudslinging, name-calling and, indeed, dishonest public misrepresentation of people and situations.

As for Kerr, apart from the fact that she runs one of the few remaining free women-only legal services in Sydney— a veritable lifeline for poor women in particular—her main ‘sin’ has been to consistently restate basic biological facts, such as humans have two sexes and only women get pregnant and give birth. These statements have been branded ‘hate speech’.

Both Gale and Kerr, like Melbourne City councillor Rohan Leppert, also recently the target of similar campaigns of vilification, and Nina Vallins, suspended from the party for six months in October 2020, are being punished simply for standing up for the rights of women, homosexuals and children as well as transgender rights. For the values of freedom of opinion and expression, and respectful debate, that are the cornerstone of a healthy democracy. Simply, in short, for making sense.

We on the Australian left, whether members or not of the Greens, decry this travesty of process, of justice, and of democracy, and call on the Greens to reinstate Kerr and issue a formal public apology to Gale. We further call on them to work to resolve actual or perceived conflicts of rights in a democratic and respectful way, and thus to take strong action against bullying and public vilification of individuals, and against any attempt to shut down reasonable debate.

We further call on Federal and state governments alike, when considering sex-based and gender-based rights, not to pander to these bullying tactics but to calmly and thoroughly consider the issues on the basis of the best available evidence, and to listen to the voices of all stakeholders such that the rights and freedoms of all may be upheld. Anything less, and Australian state and federal governments fail in their most basic of democratic missions: their responsibility to all Australian people.