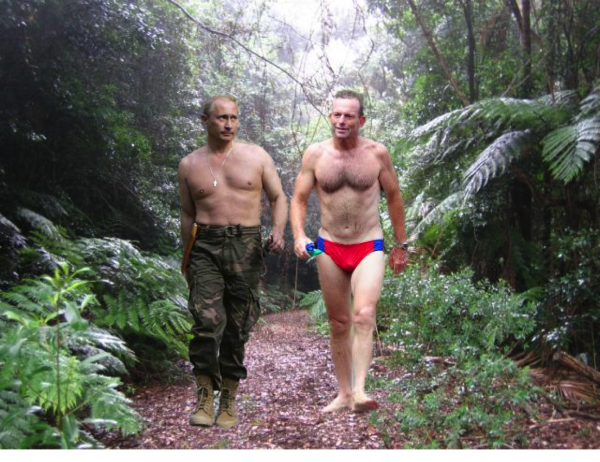 We ask that Abbott and Putin wear their traditional cultural dress (budgie smugglers and camo pants, no shirt, respectively) and have the opportunity to display their hyper masculinity to the fullest.
Both are warmongerers with whom the world could do without. Ticket sales and advertising space could be sold at a great profit and be donated to provide basic human services (of the sort Tony Abbott has slashed in his domestic budget).