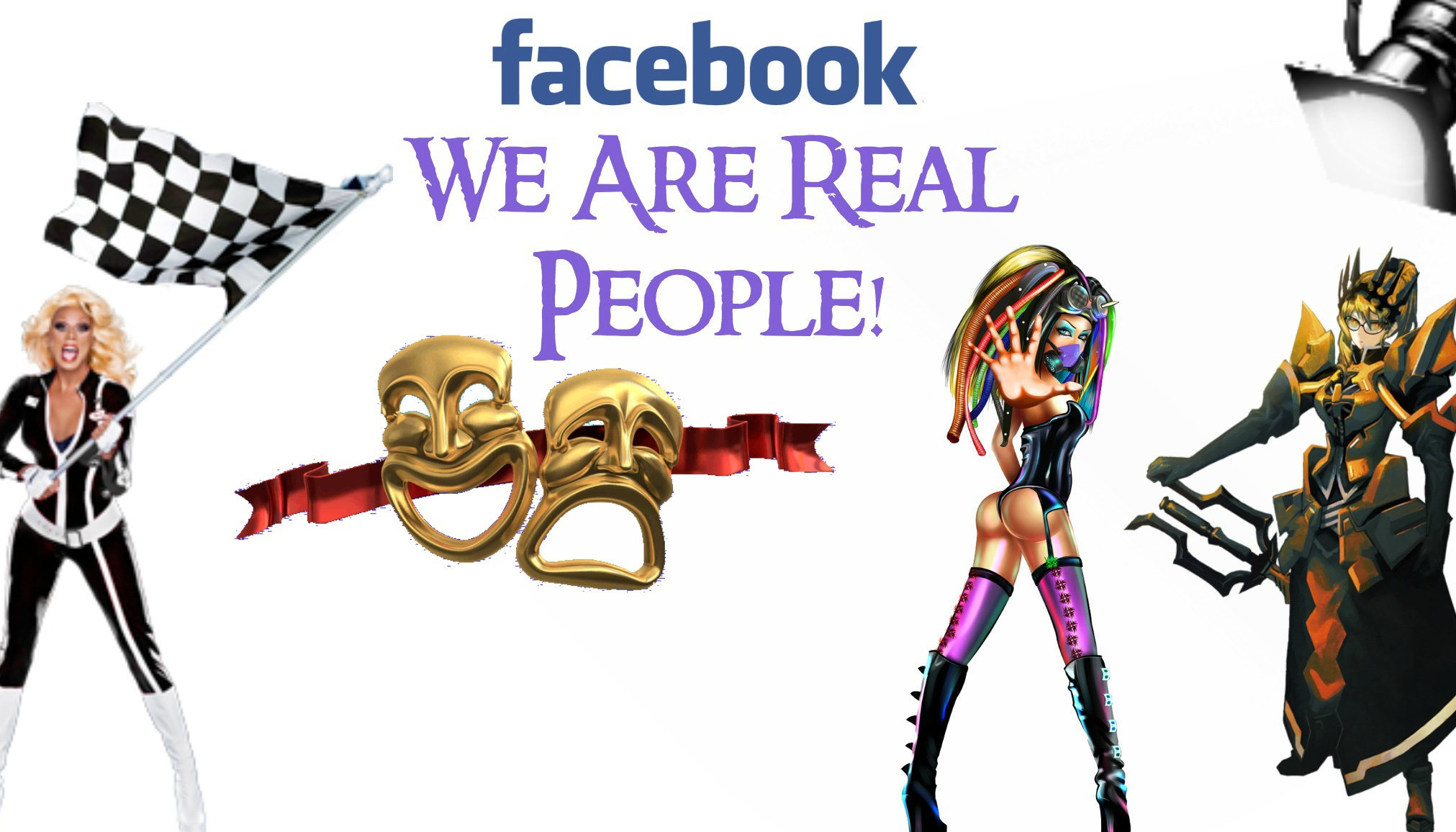 There is a HUGE community of different people who are being DISCRIMINATED against & NOT allowed to be on Facebook at this time. Author's who write using a Pen name, Wiccan's who use their Witch name, Transgender's who use a Name they Gender Identify with, Role Players who use a pen name. Drag Queens who use a Stage Name. Actors who use a Screen Actor's Guild Name & Native American's. Each group have VALID reasons for using pen names & have fans & followers & friends who know them by their Pen names & they are REAL people & are being discriminated against & NOT allowed on FACEBOOK!

I know MANY who have sent copies of their Screen Actor's Guild Cards as well as Author's who have sent in information with regards to writing under Pen Names & Facebook Deny's them access to their accounts!

Facebook won't even talk to these groups about WHY they are being discriminated against accept that they are FAKE NAMES & that doesn't meet the policy standards set by Facebook!

In a day & age where Facebook could make allowances for these groups & DON'T is ABSURD! It is DISCRIMINATION plain & simple! Each of these groups has a RIGHT to use their Pen Names, Stage Names, their Screen Actor's Guild Names & the fact that they have HUGE followings & fans who know & follow them by these names, it is RIDICULOUS that they are being DISCRIMINATED against by FACEBOOK!

FACEBOOK & Mark Zuckerberg get a CLUE & be the TRENDSETTERS & embrace these groups the Author's using Pen Names, the Wiccans who use their Witch Names, the Transgender's who use the name they gender identify with, Role Players who use a Pen Name, Drag Queens who use a Stage Name, Actors who use a Screen Actor's Guild Name! Show the Social Media WORLD that YOU, FACEBOOK can & will do the RIGHT thing & allow these groups to have a place on FACEBOOK!