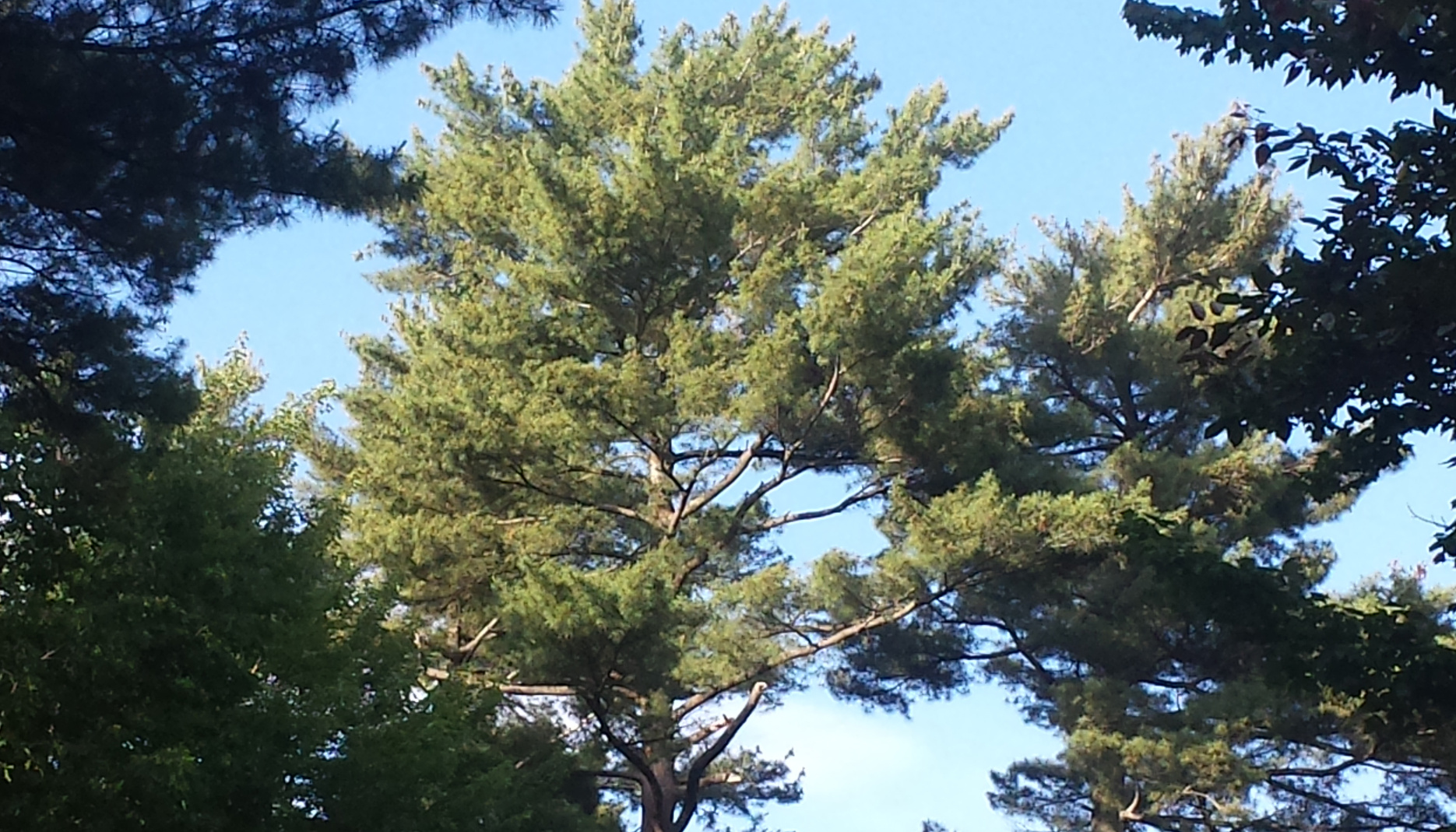 Thank you to everyone who signed our petition and wrote letters to City Hall to help draw attention to the need to protect the Arlington Woods white pine forest from future corner lot divisions in Infill 2. Councillor Egli and Councillor Cloutier from Alta Vista will be co-sponsoring a motion at City Council on Wednesday morning (10 am; June 24, 2015) to help protect distinctive trees on corner lots where severance applications are filed. The motion doesn’t grant us what we were seeking but it’s a good first step toward achieving this objective. To learn more about what the future holds for Trend-Arlington residents on this issue, please click here: http://bit.ly/1JfES1w

Help protect and save Arlington Woods’ White Pine forest from unsustainable intensification by supporting the Trend-Arlington Community Associations’ (TACA) call for Trend-Arlington to be exempted from Infill II in general, and Corner Lot Divisions in R1 Zones in particular, because dividing lots in Trend-Arlington will result in many 100+ year old white pine trees being destroyed in order to make room for two dwellings where only one exists now.

The result of which will dramatically effect the very unique and distinctive character of our community.

Background:
The white pine trees that define Arlington Woods are part of a forest with heritage links to 19th Century Ottawa-Carleton. It extends from Graham Creek in Arlington Woods and Trend-Village through the NCC Greenbelt and across the 416 HWY into Bell’s Corners. This white pine forest grew out of the great fire of 1870 which destroyed much of Ottawa-Carleton and almost all of Bell’s Corners. It is home to many plant, bird, insect and small animal species that live in close proximity to the 2000 families that call Trend-Arlington home. Together we form a unique ecosystem that is very distinctive in its character—A character that is completely dependent upon the health, well being and continued existence of the white pine trees that form the eastern wing of this heritage forest.

The City of Ottawa’s Infill II re-zoning initiative for the outer urban area (link: http://ottawa.ca/en/city-hall/public-consultations... ) includes a provision to divide corner lots in R1 zones, like those in our community. Unfortunately, this initiative treats Trend-Arlington (1 mm inside the Greenbelt on the map) the same as every other community from the City’s core to the Greenbelt. I.e. this provision covers communities like Hintonburg, Westboro, Alta Vista and many others that are not remotely similar to Trend-Arlington because Trend-Arlington is NOT urban. We are practically in the greenbelt!
Even though the minimum property size for corner lot divisions is slightly larger than the 600 sq metres corner lots in Arlington Woods, these lots still fall within the range of qualifying for lot division through the acquisition of a minor variance from the Committee of Adjustments. The Committee of Adjustments is a quasi-judicial body that oversees applications for minor zoning changes on a property by property basis.

Nothing short of an exemption from all future intensification is necessary in order to ensure the continued well being of the white pine forest because it is so integral to the continued success of our community.

Petition:
TACA believes it is in the best interest of the City of Ottawa to protect native forests like Arlington Woods from future unsustainable development and intensification, and therefore, it is in the City’s best interest to grant us an exemption to Infill II for the following reasons:

We ask the City of Ottawa exempt Trend-Arlington from Infill II and maintain our current R1 zoning because our community and its ecosystem--the white pine forest--can not sustain any more densification.

The Great Fire of 1870; Published book by Terry Currie

All of the ingredients of a devastating fire were present – a tinder dry landscape from four months of drought, a collection of farms built largely of fire friendly white cedar and a rising wind.

And then it happened – on Aug. 17, 1870, workers cutting brush for the new Central Canada Railway line near Blakeney between Almonte and Pakenham set about to burn it but the fire got away, spreading into the adjacent bush area. Efforts to contain the fire proved fruitless as the wind, eventually to reach 100 mile per hour speeds later in the day, began to rise, spreading the fire which eventually devastated much of Carleton County and Lanark County and became known as the Great fire of 1870.

“The wind kept getting up,” said Fitzroy township native Terry Currie who has written a just released book entitled “The Ottawa Valley’s Great Fire of 1870” as he was speaking at last Saturday’s meeting of the Goulbourn Township Historical Society at the Goulbourn Museum at Stanley’s Corners.

The wind-assisted fire first spread north, missing Pakenham but reaching the outskirts of Arnprior and then Fitzroy Harbour, all in the morning, spreading at a speed difficult for people to avoid, with the wind blowing harder and harder.

By the afternoon, the wind carrying the fire was blowing around 100 miles an hour, becoming, as Mr. Currie put it, “one of the most violent wind storms in the history of the Ottawa Valley.”

In the afternoon, the wind shifted and began blowing eastward, with the fire front increasing from the seven mile front experienced in the Fitzroy Harbour area to an 11 mile wide front when the fire reached the Goulbourn/Stittsville/Bells Corners area.

Mr. Currie told how the combination of wind and fire, when it hit a tamarack swamp at Stittsville, threw whole trees into the air, with ashes and living flames hurled far and wide.

Eventually the fire hit the outskirts of Ottawa but action taken to direct water from Dow’s Lake to LeBreton flats as well as a declining wind and the firefighting efforts of all available men meant that Ottawa and its 20,000 residents were spared from the fire.

The same could not be said for much of Carleton County and Lanark County, with 3,000 farms burned out, with each averaging about seven family members.

These countryside residents sought refuge either by rushing to the Ottawa River and wading into its waters, along with other men, women and children and farm animals like pigs, horses and sheep or by climbing down their dug wells or by burying themselves in trenches in their potato/turnip fields.

In the wake of the fire, Ottawa city council gave $5,000 to help the victims. The provincial government in Toronto initially offered no help but eventually agreed to provide loans at a high interest rate to farmers who still had their stock intact.

The Quebec government, which gave $50,000 to fire victims in the Hull/Gatineau area as the fire had jumped the Ottawa River at the Deschenes Rapids to wreak devastation on the Quebec side of the river as well, also gave $5,000 to the Ottawa Valley victims.

The federal government eventually gave first $20,000 and then $50,000 in relief aid for those affected by the fire.

“That policy started with the Great Fire in the Ottawa Valley,” he said.

He pointed out that 1870 was a year of “tremendous drought” in the Ottawa Valley, with rivers running almost dry and the swamps all drying up. While there had been lots of snow the previous winter, rain on May 6 was the last rain that fell for months. It would not rain again until Sept. 24 when it poured rain for the first time in five months.

The tinder dry conditions of the countryside were evidenced by three fires which had broken out before the Great Fire. One was in the White Lake area where six farms were lost; one was near Carp where the Carp Airport sits today; and one was near the present-day location of Scotiabank Place.

Mr. Currie emphasized that the settlers affected by the Great Fire were familiar with fire, always burning brush and trees. There were piles of brush and dead trees all around and houses, fences and barns were built with white cedar, a very flammable wood. Inside the shanty or house, all heat and light was provided by an open flame of some sort.

In this environment, fires were always happening, with death or property loss by fire being very common.

Mr. Currie wrote his book as a result of work done related to his Master’s Degree thesis. His family homestead in Fitzroy township has a log fence made from trees from the Great Fire and there are giant stumps in the bush from trees killed by the Great Fire. He grew up with “stories of the Great Fire in my ears,” he said, but came to realize that this major event in local history was only known through local anecdotes with no definitive history written about it. He set out to change this with this thesis and subsequent book about the Great Fire, examining census records, tax rolls, agricultural records and old newspaper accounts as he put together the story.