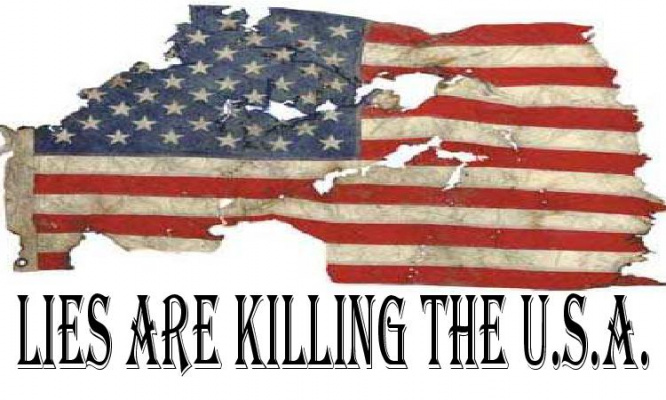 Liars using news broadcasts to misinform Americans are the greatest risk to both our individual liberty and the future of America as a free country.

Lies in the news are a classic tool for enemies of a State to foment hate, unrest, anarchy and ultimately the overthrow of government.

As a victim of lies in the news, you should be very sensitive to the destruction these lies cause.

As the leader of the free world you should be concerned enough to take executive action to immediately put a stop to it.

WE REQUEST AN EXECUTIVE ORDER directing the Consumer Protection Agency to:

The purpose is not to bankrupt anyone but to put an official mark on their record and help Americans gauge their professionalism. The fine should have conditions for reversal: If caused by a bad source, the reporter must cooperate with prosecutors, and injured parties should be allowed to issue pardons and outline the conditions of retractions (to ensure these are earnest and forthright,)

THE CONSUMER PROTECTION AGENCY HAS JURISDICTION

FREE SPEECH IS PROTECTED, and THIS EXECUTIVE ORDER PLACES NO UNDUE BURDEN UPON ANYONE

This is an order for separation between fact and opinion. Free Speech is protected because both the entertainment value and the artistic expression already have forums which are already in operation (all broadcasters have existing editorial and satire programs and many have multiples of such programs.) Because these editorial and satire forums already exist, this order places no additional or unexpected burden upon any entity.

All parties should fairly recognize that Americans are less vulnerable when consumers are made aware in advance that the information they are about to consume is either an individual opinion and/or satire and that it is offered for entertainment purposes (as opposed to a “news source”). This declaration is necessarily for the consumer to know that the comments may not include all -or any- of the facts. This order does not represent an additional burden because all broadcasters already include disclaimer segments which identify the “opinion of the speaker – is not necessarily shared by the broadcaster”.

EVEN DOCTORS USE THIS SAME FORMAT

When your tests are completed, doctors will first give you the news (this is what the tests show) then he will give you his opinion. Doctors will always draw the line between fact and opinion by saying “it is my opinion that…”. Good Doctors will also follow up with an encouragement for the patient to seek a SECOND OPINION.

Why can’t news-people use the same standards that doctors use (except opinion should use an entirely separate program/forum in case a listener tunes in late and only hears the opinion part of the rant?)

Here’s a better question: What news agent would argue with standards that elevated their stature to the same level of trust that doctors enjoy?

As a commensurate negotiator, no one is better qualified than you to see the benefit this order provides to all sides.

We’re happy you take your responsibility to preserve the Constitution and protect American citizens from harm seriously.

There is no greater harm done to this nation than lies parading as truth; because of how they tear this country apart from within.

We the undersigned request you please issue this executive order immediately because lies in the news are killing the U.S.A..