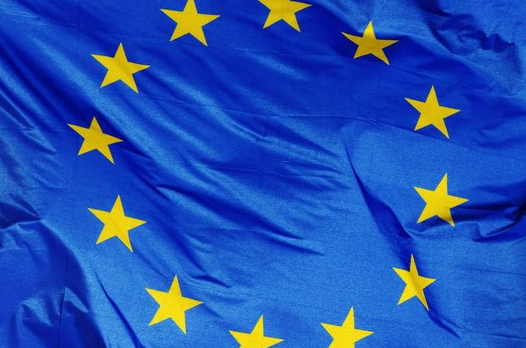 Since a few months now, negotiations on the Greek bailout have become again the centre of European attention. At first glance, the ongoing negotiations are about setting conditions that will ensure that Greece will be able to repay the loans it received from the IMF and its European partners. Their real scope is however much broader. The negotiations are also about restructuring the Greek economy and reforming the Greek state: the bailout conditions touch upon issues as important as the judicial system, public administration, social security, and labour-market regulation. At the same time, the outcome of the negotiations will affect the economy of the EU as a whole. A potential failure to reach common ground will not only mean an unprecedented crisis for Greece and direct losses to its creditors, but it might also have long term consequences on the stability of the Eurozone and EU growth. Importantly, some basic elements of the nascent European economic governance are also being tested and developed at the moment. The way decisions are now taken in the field of economic integration might set a pattern for the future.

Different constituencies have stakes in the outcome of the negotiations. Greek citizens are obviously those with the highest stakes: in case of an agreement, they will be subject to the agreed conditions; in case of a failure to agree, their future will be seriously compromised. But the importance of the negotiations is not confined to Greek borders. Other EU citizens have also a stake on the outcome of the negotiations. First, as creditors, they have a right to know how their financial contributions are used and how repayment will be ensured; secondly, in the event of a failure, they might be affected by the EU-wide repercussions of a potential Grexit; and thirdly, many Europeans feel already bound with ties of solidarity to their fellow EU citizens from Greece. They do feel a genuine interest in the fortunes of Greeks, especially those most seriously affected by the crisis and those in greatest danger from a potential failure to agree. In short, the ongoing negotiations are a genuinely European affair: they have the potential to affect EU citizens across Europe in many ways and that justifies the interest on the negotiations from all corners of the Union.

This interest is however not satisfied. European citizens are confronted with an almost daily shift from rosy optimism to dire pessimism, but a heavy curtain covers the actual disagreements and the arguments in favour and against suggested solutions. Positions for issues as important as pension-system reforms or the threat of default are communicated to the public via informal and often contradictory leaks. Greek citizens are often unable to discern which suggestion comes from their domestic government and which should be attributed to creditors' representatives. But also internal disputes among creditors' representatives, the EC, the ECB, and the IMF, are hidden behind broad and superficial announcements on their "objective of helping Greece achieve financial stability and growth" (Joint statement by the European Commission, the European Central Bank and the International Monetary Fund, 06.05.2015). This lack of transparency makes it almost impossible to attribute responsibility and hold to account those negotiating such a crucial deal. Blame shifting is nurtured and normal mechanisms of democratic control are distorted. And when people vote for negotiators in obscure settings, those with a maximalist agenda become more attractive.

Compare the Eurozone negotiations even to the TTIP, and the difference is striking. After consistent public pressure, the information offered for this trade agreement is richer, more detailed, and timely (and rightly so) than that on an agreement that might seal Europe's future for a long time. Importantly, the TTIP negotiating mandate is now public in all its detail, while no one knows the scope of the negotiations on Greece.

These are all well-documented problems of international decision-making. But decision-making at the EU level is not measured following the legitimacy standards of international economic organizations, such as the IMF. The EU is constitutionally bound to the principle of democracy (Art. 10 TEU) and secures the right to information (Arts 42 GRC, 15 (3) TFEU). Art. 11 TEU also sets out participatory democracy requirements that require transparency and assign the public a crucial role in EU governance. Everyone involved in the negotiations should be accountable to their own demos but also to the demos of the other member States, hopefully also to a European demos.

As scholars working on the field of European law and policy, we are deeply concerned about these developments. It is high time the heavy curtain covering this important moment in the history of the Union is lifted, and EU citizens get access to the real positions of the negotiating parties and the arguments supporting them. The current crisis can also become an opportunity for developing European, cross-border discourse on contested economic issues. Self-interest is a great motive to engage in dialogue; economic transfers and their conditions can be used to promote transboundary European discourses.

For this to be achieved, both the EU institutions and the Greek government have to take seriously a call for more accurate and timely information available to all constituencies. EU citizens need to be informed about the negotiations, through proper, systematic, and timely publication of the various documents and positions taken by each government and the EU institutions in the process. A website like that on the TTIP negotiations maintained by the European Commission could be a first step in this process of greater transparency, which is essential for deliberative democracy to work. More detailed statements such as the Opinion of the European Central Bank of 10 April 2015 on the prohibition of the auction of primary residences (CON/2015/14), which explains the arguments of a creditor's representative on a measure suggested by the Greek government, would also be helpful.

We request the Commission to provide us access to all available documents relating to the current negotiations held at the Brussels Working Group, the Euro working group and the Eurozone group with regard to the Financial Assistance Facility Agreement for Greece, its extension and more broadly the Economic Adjustment Programme for Greece, for the period of January 1st, 2015 to May 13, 2015, in accordance with Article 7 of Regulation No. 1049/2001 of the European Parliament and of the Council regarding public access to European Parliament, Council and Commission documents. These documents should also include those communicated to the Commission by the other parties in the negotiation process, including the Greek government, the IMF, the ECB, and all other Member States of the EU. We also call the Commission to make these documents directly accessible to the public through the respective register. Considering that Greece does not have currently access to the bond market, the disclosure of such information would not undermine in any way the financial, monetary or economic policy of Greece. No other public or private interest is threatened by our request. To the contrary, the reasons indicated above clearly constitute an overriding public interest in disclosure for the purposes of the Regulation.

We call the EU ombudsman to ensure our access to the abovementioned documents from the part of the Commission.

We call all EU citizens and public media to mobilize and request greater transparency in the negotiation process.