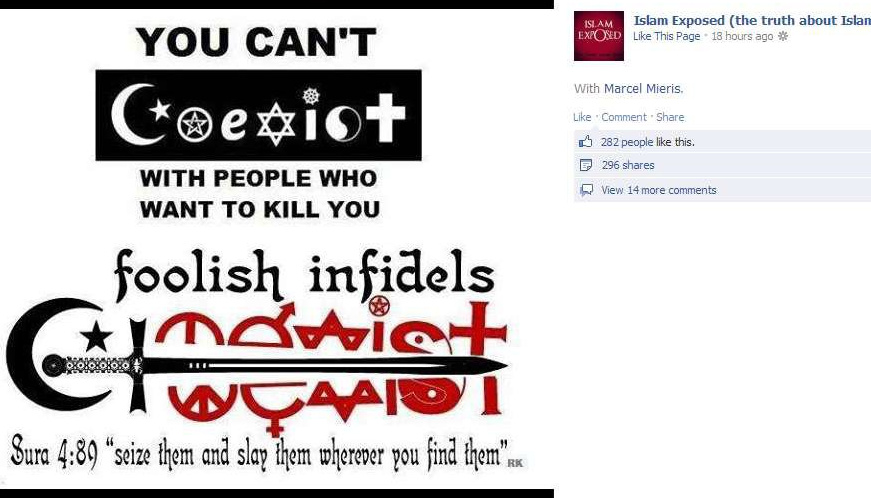 Politicians, stop the Islamization of Europe and reject the refugee quotas urged by the European Union! Like Hungary does!

We, the citizens of Europe, consider that the Muslim share of the European population rose considerably the past years, because of their relatively high birth rate. We witness helplessly as the process of ongoing Islamization of our continent unfolds.
Statistics show that 80% of Muslims in Europe are not productive members of society, living on welfare benefits. Moreover, Muslims show their gratitude by attacking us in our cities.
Besides that, they can't adapt to the European life style and try to bring their primitive laws with them! ENOUGH IS ENOUGH! No more beheading, raping and no more mosques in Europe! Since we are not allowed to live as Christians or atheists in the Islamic countries, why should they be permitted to enforce in Europe the barbaric Sharia law?
Hungary’s Premier Viktor Orbán said that illegal immigration is a crime, and Hungary would not allow crimes to be committed on its borders; it will therefore “protect its own, and thereby Europe’s external borders.” Viktor Orbán is planning also the erection of a fence on the Hungarian-Serbian border, to protect Hungary’s borders.
We salute Hungary's decision and we consider that the European politicians should follow the example of Premier Viktor Orban!
Together we can help to stop the Islamisation of Europe.
Please sign and share widely this petition!