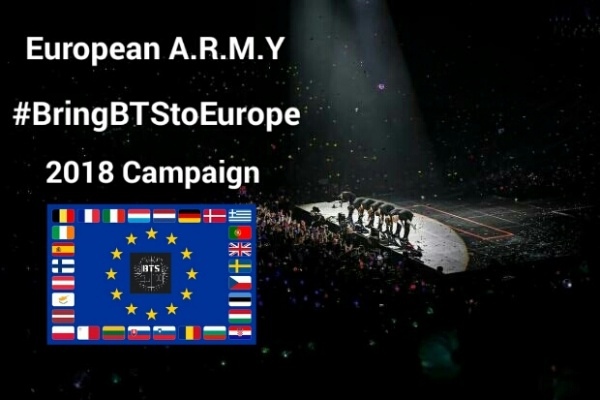 Bangtan Bombs in the air who wants BTS to tour in Europe?

BTS have just finished up their 'World Tour', but a little something was missing. EUROPE! This petition will show BTS and Bighit how much European Army are waiting and hoping for BTS concert(s) in Europe for their 2018 World Tour.

Why start this so early? Well if European Armys show BTS & Bighit the power and support that E-Army have they will think about having a tour here. They will start organising the concert(s) in advance. The dates aren't confirmed until the end of this year so we need to start this campaign early and demonstrate the dedication of European Army to them.

Share this petition and use the hashtag to show Bighit our need for the concerts.

Let's do this European Army, and all Army. Teamwork makes the Dreamwork.