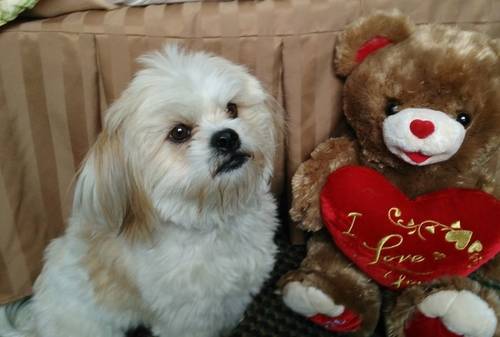 Esa's and therapy dogs are service animals too!

This petition is being submitted to get the Americans with disabilities act (A.D.A) for short, to change the guidelines that define service animals.

Under the current guidelines, only those animals that have been through specialized training to perform a specific task, I.e. lead the blind, detect seizures etc. I contend that an animal that is properly registered as an emotional support animal or therapy animal plays just as important role as other service dogs. I personally had an emotional support dog to assist me with my everyday functions. My esa Bruno would keep me calm in stressful situations, such as being around large groups of people or when hearing loud noises. Dogs in particular have an uncanny ability to sense when something is wrong with their owners such as diabetes or seizures; these abilities come naturally to a dog and most other animals, you don't have to train a dog to love his owner when there is a problem, they are born with this ability.

If you subscribe to the philosophy that an animal is not considered a service animal unless it has been specifically trained to perform a task, the the u.s. military shouldn't send an army cook fo example into a combat zone, because they have not been trained to disarm an i.e.d or how to interrogate a possible terrorist, but yet they ar sent there, why? Because they still perform a vital service, they allow the other soldiers to do their jobs by keeping them fed and properly nourished. Just because an animal hasn't been through specialized training to open a door or lead the blind, does not mean that they are any less Important, in fact they are extremely vital to the every day living of those inflicted with PTSD, anxiety or any other mental condition, the prevent people from enjoying life and living independently every day.

Please sign this petition and share it with everyone you know. It is high time that esa's and therapy animals get the same level of respect as other "service animals".