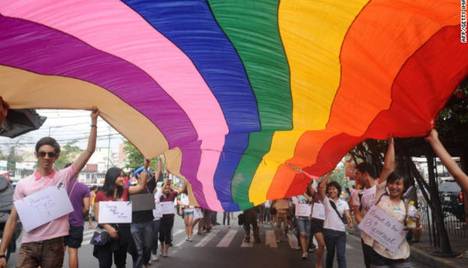 Erase Hate Against the LGBT Community

“I suppose it’s not a social norm, and not a manly thing to do — to feel, discuss feelings. So that’s what I’m giving the finger to. Social norms and stuff…what good are social norms, really? I think all they do is project a limited and harmful image of people. It thus impedes a broader social acceptance of what someone, or a group of people, might actually be like.”
― Jess C. Scott

Why do we discriminate each other for being different? For loving someone of the same gender? For being human?

My name is Autumn Clark, and I am a student at Edgecombe Early College High. Three of my friends and I have put together a project to show how LGBT Rights have been facing problems and struggles along the road in the fight for equality. Although, the United States have made gay marriage legal in all 50 states, the LGBT community still faces unfair discrimination.

Globally, LGBT+ rights are very limited. In places like in Africa, South America, some islands like Jamaica and some parts of Asia gay rights are punishable by death or jail time. They cant express their love to their partners because their lives are literally on the line. Women can be stoned to death, men can be shot or randomly murdered on the streets along with their life partners. Our group wants to start a petition to stop this hate because LGBT people are only human.