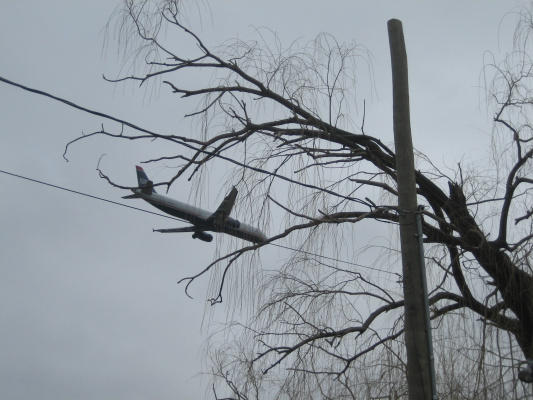 Live near an airport? What’s in the air you breathe? You have a right to know!

596 people have signed this petition. Add your name now!

Live near an airport? What’s in the air you’re breathing? You have a right to know!

Demand a study of the air around JFK International Airport!

Studies show that if you live within five to ten miles of an airport, you may face increased exposure to environmental carcinogens such as benzene, along with carbon monoxide, lead and ozone generated by the exhaust from aircraft and diesel engines. Studies suggest that ultra fine particulate matter as well as other pollutants from jet fuel emissions are in higher concentrations around airports and under flight paths. This is not healthy! These pollutants are linked to cancer, chronic diseases such as asthma, heart disease, diabetes, COPD, high blood pressure, and premature death.

The demand for flying is ever increasing worldwide. The Port Authority of New York and New Jersey (PANYNJ), like other airport sponsors, is making a major effort to meet that demand. It has leveraged over $13 billion to position JFK airport as the premier airport in the world. But what about the stakeholders on the ground? Just how is JFK airport affecting the air that residents of communities within five to ten miles from the airport are breathing? What are the potential health impacts? And what can be done to mitigate any resultant harms?

The JFK Airport Committee of the New York Community Aviation Roundtable has adopted a proposal requesting comprehensive, independent air quality studies and mitigations to address these concerns. The Eastern Queens Alliance supports this proposal. Sign this petition to show that you support these proposed projects as well. Your signature tells Governor Andrew Cuomo and your congressional representative that you want to know what’s in the air you’re breathing, and that you want appropriate follow-up and mitigation to be implemented to address any negative findings.

To: Governor Mario Cuomo and your Congressional Representative

I want an independent, comprehensive air quality quality study for communities within five to ten miles from JFK Airport to determine what’s in the air that we are breathing. Furthermore, I want appropriate follow-up and mitigation to address any findings from these studies.