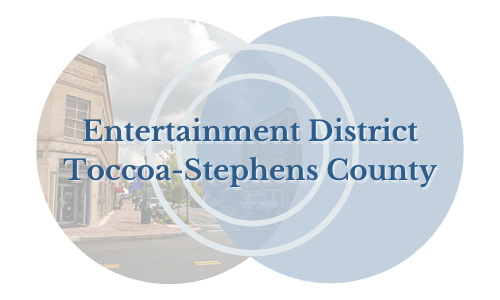 This proposal will allow downtown business owners to operate year round in the same capacity as is already allowed with special events such as Ida Cox Music Series (hosted every Saturday of the summer for the last ten years running), Toast of Toccoa and the most recent addition of Sip-n-Stroll. All of the above along with the proposed Entertainment District are designed to draw local residents and visitors to our historic downtown to support our local business community.

There are various regulations, commonly found in a city’s alcohol ordinance, that govern the safety of an Entertainment District. It has been utilized as a downtown development tool to encourage business recruitment, and retention, and has been implemented by many cities in the state, not limited to Albany, Conyers, Gainesville, Perry, Cornelia, Valdosta, and other.