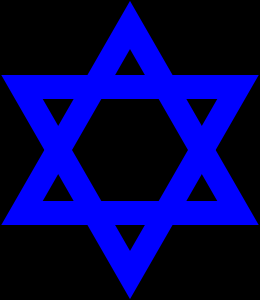 We are young Jews, and friends of young Jews, who want Jewish life in America to be culturally and religiously rich, life-shaping, committed, and full of kedusha (holiness).

The recent findings of the Pew survey have ignited hundreds of conversations among young, passionate, committed Jews about assimilation and how to best move forward as a community and ensure a strong Jewish future in America. The facts of assimilation are too many to list here, and they have already been commented upon in dozens of articles and blogs and around hundreds of Shabbat tables.

But this much is clear: assimilation is rampant and increasing, particularly in non-Orthodox communities. The organized non-Orthodox Jewish community's response thus far to combat the waves of assimilation has been to focus on strengthening "Jewish identity" rather than developing profound Jewish literacy and fluency in every Jewish child. This has left us with a community that is proud to identify as Jewish, but does not have a profound Jewish identity and is not even minimally literate or fluent in its heritage, religion, and languages and, consequentially, assimilates more with every passing decade.

Whereas we believe Jewish identity and connection to Israel is strongest and best transmitted when Jews are profoundly literate and fluent in our heritage, religion, and languages,

Whereas the most effective way for Jews to become profoundly literate and fluent in our heritage, religion, and languages is a high-quality, immersive Jewish day school education,

Whereas we believe a high-quality, immersive Jewish day-school education which enables Jews to become profoundly literate and fluent in our heritage, religion, and languages is the right of every Jewish child, and

Whereas the high cost of Jewish education prevents many Jews (particularly the marginally-involved, working-class, and middle-class) from receiving a high-quality, immersive, Jewish day school education,

We hereby implore that all funders of Taglit-Birthright Israel withdraw their financial support for 10-day trips to Israel and instead invest these funds toward ensuring that every Jewish child receives a high-quality, immersive Jewish day school education.

We are young Jews who are not only deeply concerned about the future of Jewish life in America but deeply invested in its future. We want to raise our kids in Jewishly literate and fluent, life-shaping, and deeply-rooted Jewish communities. We want our kids to already have strong Jewish identities and fluency long before they qualify for Birthright, and we contend that this is imperative for the future of Jewish life in America. We are young Jews who want to both send our kids to day school and not be forced to work so much that we cannot spend time with them. We want to educate our children and future children but either struggle to imagine both paying rent or a mortgage and day school tuition, or already know it is not possible for us. We are young Jews who deeply regret the reality that we did not receive a sufficient Jewish education because our parents could not afford it, and years late are still trying to catch up with our educated peers in knowledge, skills, and rootedness. We are young Jews whose lives have been changed by learning Hebrew, Yiddish, Talmudic Aramaic, and other Jewish languages whose knowledge opens countless doors to Jewish life and learning, and believe this fluency should be a part of every single Jew's life, starting at a young age and that day school is the way to achieve this fluency.

We are committed, passionate Jews who love our community and want to see it flourish. The Jewish community's future is our future, and so we have a huge stake in it. We believe the way forward is to seriously invest high-quality, immersive day school Jewish education in all its diversity. The richness, depth, breadth, and wisdom of our heritage demands nothing less in order to master it. When literacy and fluency in our heritage, religion, and languages is strong, the strength of our individual and collective Jewish identity will follow suit. More importantly, our communities will be strong, too.