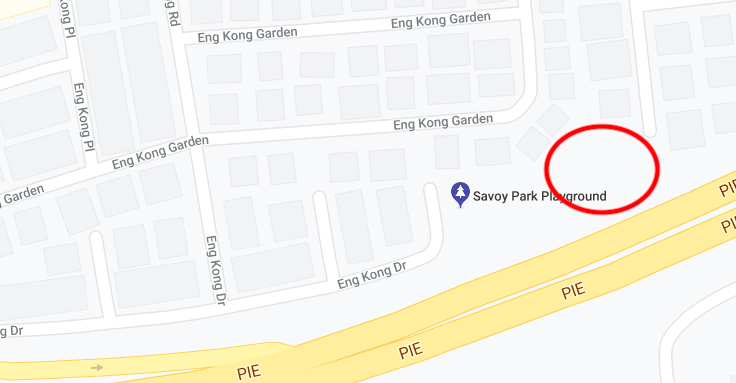 There is a significant number of dog owners in our neighbourhood, many of whom have to drive long distances for their dogs to go off leash (legally) in dog runs. We have noticed an unused grassy slope behind the Savoy Park playground which would be perfect for the dogs in this area to use as a space to go off leash. However, we recognise that many residents are uncomfortable with dogs running amok and many owners do not want to risk their dogs running onto the roads and even the neighbouring highway. As such, we propose fencing up the area as a proper dog run, which would address the concerns of all.

The area in question is roughly marked out by a red circle in the attached image. Should residents nearby like to keep the existing footpath and the large area between the footpath and the PIE, even just having the sloped side of the area fenced up for the dogs would be an excellent improvement.

EDIT 8/3/2021: This project has since been adopted by the Eng Kong Cheng Soon Pet Interest Group, and we have expanded the scope of it to encompass all of our furry and feathered friends! In addition, we have shifted the proposed location of the pets' park to an unused side of the Eng Kong Fitness Corner for the sake of increased accessibility for all.

Before this edit was made, there were 60 signatories for this petition.