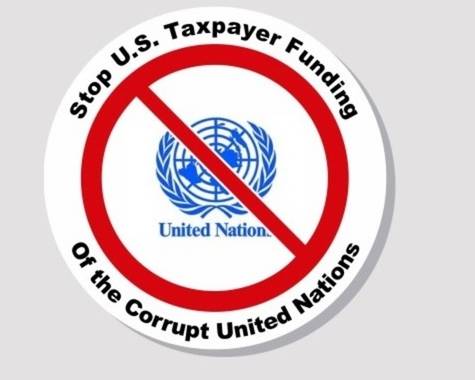 To: Members of the U.S. Congress:

We The People call upon you to stop providing American taxpayer dollars to fund the corrupt United Nations.

Time and again we have watched in dismay as the United Nations used their posture and position in the world to reward tyrants, dictators and despots, while undermining the forces of freedom and liberty.

We have witnessed the U.N.'s shameful efforts to cover up repeated scandals, whether it be the U.N. Oil for Food debacle, the U.N. Sex Abuse Scandal, the cover-up of human rights abuses, and much more.

We The People have grown tired of the U.N.'s constant bias in alibiing incidents of violence by radical jihadists while constantly attacking and undermining Israel, the lone bastion of freedom and democracy in the Middle East.

For these reasons and many others, we ask that the hard-earned dollars of American taxpayers stop being taken from our families and businesses only to be passed on to a corrupt and failed organization in the United Nations.