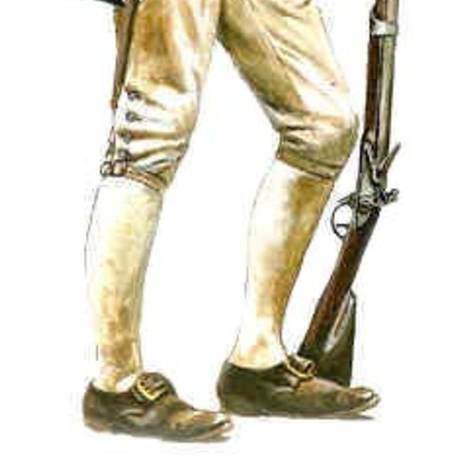 End Tyranny in the United States

To borrow from our founding fathers.

When in the Course of human events, it becomes necessary for one people to dissolve the political bands which have connected them with another, and to assume among the powers of the earth, the separate and equal station to which the Laws of Nature and of Nature's God entitle them, a decent respect to the opinions of mankind requires that they should declare the causes which impel them to the separation.

We hold these truths to be self-evident, that all men are created equal, that they are endowed by their Creator with certain unalienable Rights, that among these are Life, Liberty and the pursuit of Happiness.--That to secure these rights, Governments are instituted among Men, deriving their just powers from the consent of the governed, --That whenever any Form of Government becomes destructive of these ends, it is the Right of the People to alter or to abolish it, and to institute new Government, laying its foundation on such principles and organizing its powers in such form, as to them shall seem most likely to effect their Safety and Happiness. Prudence, indeed, will dictate that Governments long established should not be changed for light and transient causes; and accordingly all experience hath shewn, that mankind are more disposed to suffer, while evils are sufferable, than to right themselves by abolishing the forms to which they are accustomed. But when a long train of abuses and usurpations, pursuing invariably the same Object evinces a design to reduce them under absolute Despotism, it is their right, it is their duty, to throw off such Government, and to provide new Guards for their future security.--Such has been the patient sufferance of these States; and such is now the necessity which constrains them to alter their former Systems of Government. The history of the present Government of the United States has a history of repeated injuries and usurpations, all having in direct object the establishment of an absolute Tyranny over these States. To prove this, let Facts be submitted to a candid world.

For imposing Taxes on us without our Consent:

For seizing large tracts of land privately owned and then leasing or giving the lands to foreign powers.

For multiple infractions upon our basic inalienable rights and those rights given to us through the first ten amendments of the Constitution of our United States.

For imprisoning people for protesting against the tyranny of this current government and holding them without bail in violation of their constitutional rights.

For allowing wanton disregard of laws pertaining to immigration; allowing illegal immigrants and terrorists to reside within our borders.

For wholesale arming of terrorists who are sworn enemies of the people of the United States.

For wholesale violations of our right to privacy the federal government; has been spying with intent to collect data on every aspect of our lives.

Releasing illegal aliens from prison even after they have been convicted of felony crimes.

Supporting the LGBT agenda and forcing our children to learn this lifestyle condemned by God as perfectly natural and acceptable.

In every stage of these Oppressions We have Petitioned for Redress in the most humble terms: Our repeated Petitions have been answered only by repeated injury. A Prince whose character is thus marked by every act which may define a Tyrant, is unfit to be the ruler of a free people.

We the people and citizens of these United States do hereby dissolve this current government. We demand that all Representatives, Senators, Supreme Court justices and all other federally appointed or elected officers step down. Thus saving this nation and her peoples from conflict.

We ask that each state hold voting to ratify the Constitution again stripping all amendments except for the first ten amendments.

We also ask that a new amendment be placed for ratification placing term limits upon all federal government officials; whether elected or appointed.

All currently federally held lands be returned to previous owners or to the states in which the lands are in.

And for the support of this Declaration, with a firm reliance on the protection of divine Providence, we mutually pledge to each other our Lives, our Fortunes and our sacred Honor.