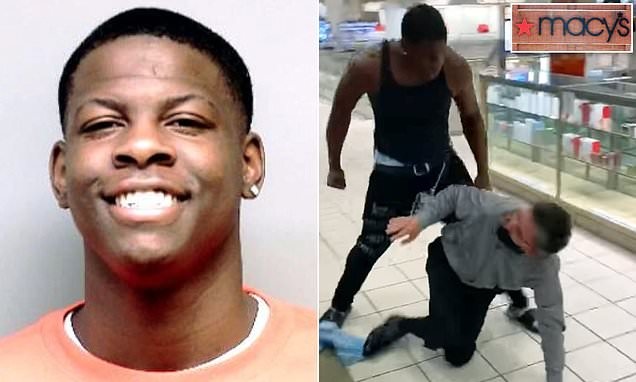 On June 15, 2020 a white Macy's manager was ruthlessly and viciously attacked without provocation in Flint, Michigan by Damire Palmer, an 18-year-old black male from Mount Morris Township, Michigan. The attack, which was recorded by Palmer's brother and widely distributed on social media and network news stations, has been determined by investigators to have not been precipitated by any action on the part of the manager. Throughout the recorded attack, Damire Palmer can be heard using racially motivated language against his victim as he violently pummels him with his hands and fists to the head and neck area while the store employee does not once appear to reciprocate in any violent manner. Review of the video by authorities has led to charges that Damire Palmer acted in a manner that meant to cause great bodily harm and was a threat to the employee's life. What is noticeably absent in the charges brought against Damire Palmer are any HATE CRIME ENHANCEMENTS of the charges. Given that it is clearly obvious that this was a racially motivated crime to anyone who watches the video, it is an egregious affront to all people sensitive to racial justice that these charges are not brought. Failure to bring a hate crime enhancement to the charges against Damire Palmer will not go unnoticed by the general public and will validate a large undercurrent of racial resentment that percolates through our society today. The petitioners who sign this document call for the bringing of Federal Hate Crime charge(s) in this case immediately to help quell the perception of unequal justice being employed by our government.