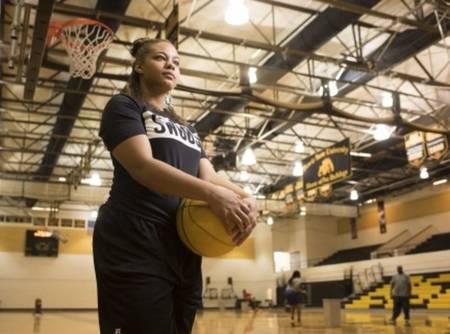 If you played a sport in college please sign your name and list the sport you played and college you attended. If you did not play a sport or did not attend college just list your name

This Washington Post Article reports instances of blatant racial discrimination and harassment against a black student athlete by white student athletes on the Mary Washington University Woman's Basketball team. When reported to head coach Deena Applebury, the Washington Post reports as follows:
"But about two weeks before tryouts, coach Deena Applebury called her in for a meeting and suggested she try a different sport.
“I don’t know if this is going to work, all right?” Applebury said, according to a transcript included in court papers, adding that she had heard Orsted was not “really bonding with the kids.”
Orsted brought up the racial comments, and Applebury promised to look into them. But, she added, “when you have, you know, a group versus one person, I kind of have to go to the group because it’s a team sport, for right, wrong, or otherwise.”
There’s a transcript because, at her mother’s prodding, Orsted secretly recorded the conversation. Sheila Holt-Orsted had also told her to keep a diary documenting jokes that made her uncomfortable."
We, former college athletes and fans believe racism has no place in sports and academia. Coach Applebury's handling of the situation was unacceptable and fosters a climate of discrimination and we are therefore calling for the University to remove Coach Applebury from her position as head coach.