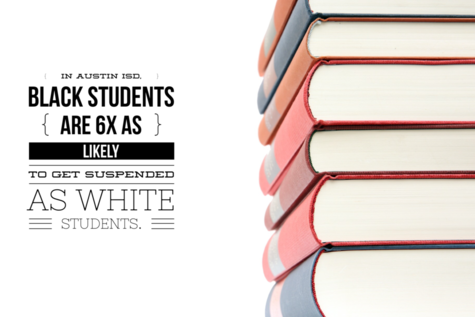 In addition to lost classroom learning time, children who are suspended, expelled, and sent to Disciplinary Alternative Education Programs are more likely than their peers to fall behind academically, experience future classroom exclusions, repeat grades, and have contact with the juvenile justice system.

Research also shows that the children who remain in a classroom when others are excluded do not benefit. In fact, schools with higher rates of suspensions and expulsions have lower rates of student achievement, more negative school climate ratings, and spend a disproportionately high amount of time on student discipline.

Most teachers want to keep their students in the classroom, but need support from their school administrators and the district to receive training in positive behavioral models and access to counselors and services that can help create a positive school climate.

The school boards in Houston and El Paso have already ended suspensions for PK-2nd grade students and Dallas ISD is discussing the issue as well. Austin ISD should join these districts and lead the movement in Texas to put the interests of young children first. Please do the right thing by crafting policy that eliminates classroom removals for young children, supports teacher training, and encourages a more fair school climate where all children can learn.