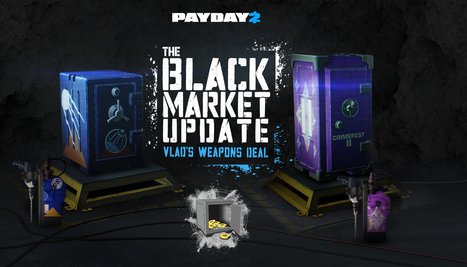 NOTICE: Ignore the donation notice. you do not have to donate. The donation is for the website (not the petition), and is optional. If you filled out your info and submitted, you're good.

A couple weeks ago, Overkill celebrated Payday 2's 4th birthday with the road to crimefest, which would provide free content to its players to celebrate the milestone.

Now lets talk about the game before the update

Now lets talk about after the update

What has overkill done.

After realizing that they needed money to make more content, they continued to make content, as well as free updates. Overkill has done enough for this game. content until 2017? If the sales are down on a game, don't make more content if you've already made enough! The decision to expand to 3 times the work force was your decision! Deciding to make content until 2017 was your decision! This your crime not ours! So don't look to the players to pay your bail.

The one request is to finish bringing back the old heist's. Then stop. Stop with the free updates. stop with the excessive content. We would much prefer a game with no micro transactions.

To get overkill to listen to the players, and remove its micro transactions completely.

*Bonus idea of mine: keep the skins, but use offshore money to buy safes. Then the player can sell the skins through a virtual black market (not steam market) to sell to other players for in game spending cash