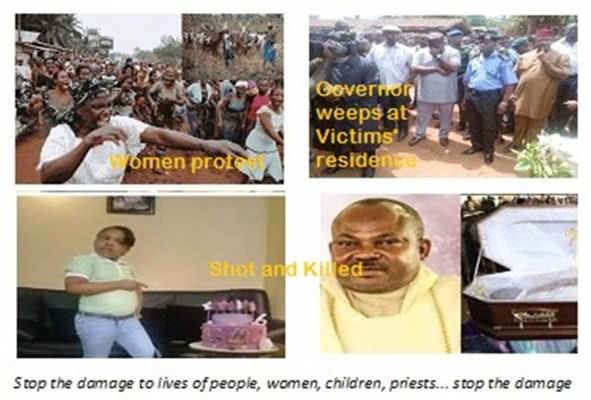 PETITION AGAINST OPEN GRAZING: ASSISTANCE IN CREATING A STRONG DISINCENTIVE TO KILLINGS AND OTHER SOCIAL VICES ASSOCIATED WITH OPEN GRAZING

In the last few years, we the people of Delta State, have witnessed unprecedented levels of killings, raping, destruction of hard earned farm property and produce and physical attacks by people engaged in open grazing. These people even go as far as sometimes asking farmers to ‘do quick and leave the farm as their cattle want to graze’. This is the height of provocation. We need a message sent loud and clear that open grazing is prohibited in Delta state as far as our customary law and traditions are concerned. For people to come into our land and violate our tradition in such grievous ways with equally grievous consequences is totally unacceptable. We have had enough of this. The level of violations and the impunity with which it is being done is such that only a state wide law declaring open grazing a crime will be adequate to address this.

All over the world, ranching is the best practice for animal husbandry. We can allow those who wish to do cattle rearing to purchase or rent land from people and set up proper ranches. Evidence indicates that the weight of the cattle and the volume of milk is higher for ranched cattle than unranched cattle. When this fact is coupled with the killings, the raping, the harassment of people in their own ancestral farms and the destruction of farm lands and property, it is very clear that ranching is the only way to go and that open grazing must be prohibited in order to allow the peace loving people of Delta state to drink water and drop the cup. To practice other inadequate solutions is to make a bewildering decision or to invite further killing, raping and other associated vices. He who brings ant infested wood into his house has also invited lizards to live with him.

We hereby urge your Excellency to immediately send a bill to the house of assembly on open grazing and we equally urge the house to pass the bill expeditiously. For every moment this issue is not roundly addressed, one more person is killed, one more girl is raped and one more farmer is humiliated in his ancestor’s land. We have not committed any mortal sin that we should be exposed to these excruciating experiences.

We thank you for URGENT cooperation on this matter.