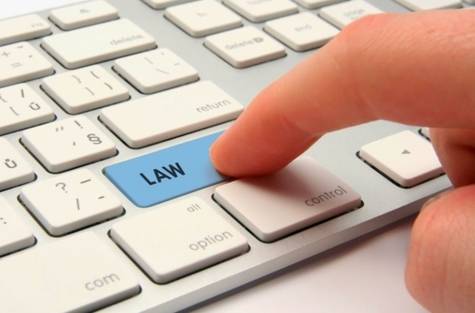 The First Amendment (the United States constitution) prohibits the making of any law respecting an establishment of religion, impeding the free ex cerise of religion, abridging the freedom of speech, infringing on the freedom of the press, interfering with the right to peaceably assemble, or prohibiting the petitioning for a governmental redress of grievances. This was adopted on December 15, 1791, as one of the ten amendments that constitute the bill of rights.

The bill rights was originally proposed as a measure to assuage anti-federalist opposition to constitutional ratification. Initially, the First Amendment applied only to enacted by the congress, and many of its provisions were interpreted more narrowly than they are today.

The Free Press Clause Protects publication of information and opinions, and applies to wide(no social media) variety of media. These was no social media is this time in history. In Near V. Minnesota in 1931 and New York Times V. United States in 1971, the Supreme Court ruled the first Amendment protection against prior restraint (pre-publication censorship) in almost all cases. The petition clause protects the right to petition all branches and agencies of government for action. In additition to the right of assembly guaranteed by this clause, the court has also ruled that the amendment implicitly protects freedom of association.

Then came the Internet and social media. Social media is a bigger problem than you think. Social networks are massively addictive. Most people I know check and interact on social sites constantly throughout the day. They have no idea how much actual time they spent on social media. Some become addicted to networking for work with abilities to reach more people that you can any other way. It is now 2016 and these social media pages have become one of the biggest entertainment and business networking must haves.

These thing may seem very unrelated but the fact is, they are very important to realize what's going on around you on the Internet. Most of us think if we run into the "trolls" and the "online assignatior" the police are there to assist us. Police do not make the laws they can only enforce the laws. You maybe suprise to the fact, most online harassment, stalking, defamation, impersonating law enforcement, online assaults and aggressive contact are just a misdemeanor. Most state will not even bring up charges against the perpetrator. Most DA office are over loaded with felony charges, that a misdemeanor does not get the attention in this case needed. They do not take these cases aggressively.

Approximately 61.5 million Americans - experience mental illness in a giving year. One in 17 -about 13.6 million - live with a serious mental illness. Some are social disorders and cost Americans $193.2 billion in lost earnings per year ( source Niam) Most of these type of people are put on our disability programs and giving monthly check to house themselves. Not monitored by a professional in the mental condition profession.

Most of the people on social media are there for good reasons. But that being said, you can not ingore the fact of we hard working Americans share the Internet with people with mental disorders. The cost is unbelievable to our economy and our mental health. This is an epidemic that has truly out of control. I'm sure most of you have ran into the people who:

* Professional claims (example: stealing from clients, you have done unlawful activity, fraud, business is a scam, don't do business with them because of above things, Con job)

* False posting of wanted by the FBI and other law enforcement agencies.

This was reported to the FBI of serval claims of posting and eye witness of the claims FBI Agent months ago.

* Inpersonating the federal government agencies and other law enforcement.

What's even worse is they have never even met the person. Our laws seem to think stalking only happen domestically.

If you not ran into the people who do this type of behavior and you are on the Internet, your time will come as I learn myself. In a year time I have ran into 3 of these type of people. Some are more behind the scene and others are out and center stage. I had been on the Internet for over 15 years never had an issue. Till one day I ran into one of these type and soon followed Up by a few more. You think going to police is going to help you stop, reporting to social media sites are going to help, going to government agencies are going to help? Simple answer the laws are there not to help you. This is a civil matter get ready to spend $5,000 to $50,0000 and no criminal charges. If you get lucky and get a DA to take the case to trial, you will quickly find evidence missing or misplace ( happened on a case in tuxedo, NY Dutches county). DA office complained about work load and next thing you know evidence gone. The biggest issue is jurisdiction from state to state. If you are living in a different state you will find your self exempt from even a misdemeanor charge against the perpetrator. We bring felony charges against people carrying drugs but not the people who cause more harm to other and even death via social media. It's time to change these laws. It's time hard working Americans be protected form these types of attracts.

Do to the respect of our Amendments and constitution some things need to be excluded from this petition. Name call or express of dislike of others, For example: saying someone is ugly, fat, repulsive, nasty, foul, disgrace, hate a person, repulsive, someone is green, disrespectful, someone option about others. Making factual statements of unlicensed running of a company. Verifiable information about others.

Please sign this to make these crimes a felony and not just a misdemeanor. Give your law enforcement the authority to keep you safe from these online perpetrators. Let's grow this cause by asking you friends, family and connections to sign. We the people are strong together, not the government