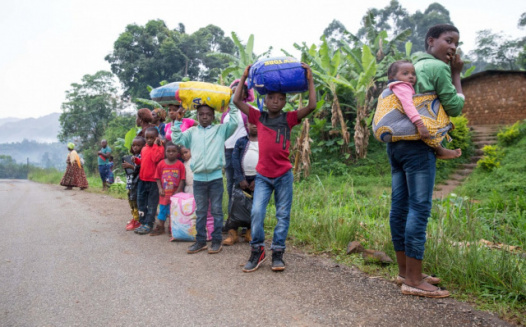 Many have died and nearly 26,000 have fled across the border to Nigeria as the clampdown on anglophone activists throughout Cameroon has worsened

An ongoing conflict between anglophone and francophone Cameroons has thrown the nation into conflict and chaos. The French Speaking government has organized a crackdown throughout the nation which has caused an estimate of 20,000 Cameroons to flee their country into Nigeria.

This conflict began with anglophone demand for wider say within the Cameroonian government.This movement has evolved to greater heights from strikes and riots, to systematical killing of Anglophone Cameroonian citizens. In 2017 Operation Ghost Town was taken into execution shutting down all of the schools in the English-speaking south-west and north-west provinces. As one Cameroonian student put it " Everyday I am deprived of my right of education. Gunshots stop me from closing my eyes at night, leaving me to ponder about my friends who were murdered for demanding a universal right of theirs."

Innocent harmless civilians; including women and children are being imprisoned, kidnapped or murdered by the French Led Cameroonian military who swore allegiance to guard and protect the citizens of the country, as well as the country itself. Villages have been burnt down, with many becoming homeless which has caused them to immigrate and flee to neighboring countries. In order to end this conflict individuals must realize that it may soon be a fully fledged Genocide.

In order to prevent this from happening the Cameroonian government must acknowledge the Anglophone Side of Cameroon by granting them their right to separate from the country. As difficult as this may seem steps must be taken. The first being ending the killings so as to later take steps to a more peaceful, non-violent solution.