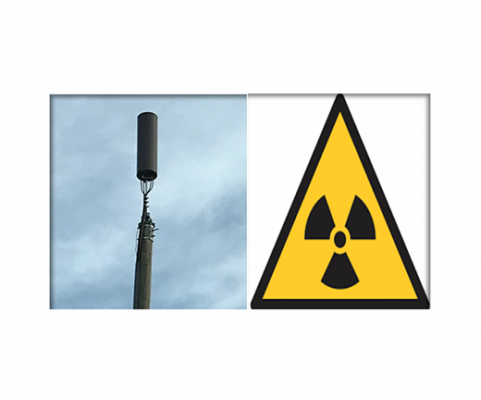 We are petitioning T-Mobile for the removal and relocation of its cell tower adjacent to the Lakeside Elementary School playground on Dorothy Court in Merrick, NY

Since the installation of the T-Mobile cell tower, at least eight individuals residing in the immediate area have developed aggressive cancers.

While T-Mobile claims that all of its wireless equipment meets Federal Communications Commission (FCC) allowable wireless radiation emissions limits, the limits are not regularly enforced by independent radiofrequency radiation experts, so only T-Mobile operators know if the tower is FCC compliant – a troublesome “fox guarding the hen house” scenario. Even if the tower does happen to be operating within the FCC’s limits, the limits do not adequately address children’s unique biological vulnerabilities, nor do they consider normal use patterns of wireless devices today. Thus, according to the American Academy of Pediatrics, they are insufficient for protecting public health.

Recent publications and independent, peer-reviewed scientific data further supports the removal of the Lakeside Elementary cell tower. In its 2013 Monograph Report, the International Agency for Research on Cancer (IARC) reported that children absorb up to ten times more wireless radiation in the bone marrow of the skull compared to adults due to their thinner skulls and higher brain conductivity. A relatively new Yale University study found that the offspring of exposed lab animals to wireless radiation had abnormal brain development and exhibited textbook-definition symptoms of attention deficit hyperactivity disorder (ADHD), worrisome information for teachers and staff who work at Lakeside and may be pregnant or may become pregnant. In 2018, the U.S. National Toxicology Program completed a $30 million-dollar study that concluded “clear evidence” of cancer associated with exposure to wireless radiation.

Cell towers - a major liability risk - do not belong near our schools, playgrounds, or in residential areas. Please do the right thing for our children and our community – remove the tower within seven days of receipt of this petition and relocate it within a commercial or industrial zone.