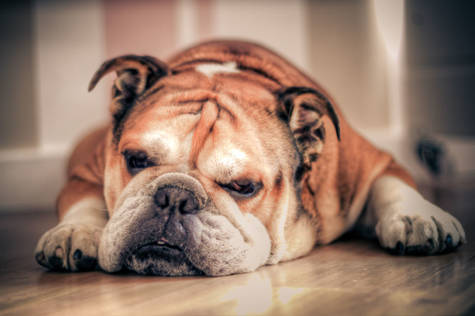 Encourage the University of Redlands to Consider Mascot Breeding Alternatives

The University of Redlands’ bulldog mascot has been an iconic symbol of university’s history and spirit ever since President Armacost was gifted our first live mascot, Deacon, in 1946 by the Pacific Coast Bulldog Club. Many bulldogs have since replaced Deacon as our live mascot, with the average dog’s tenure lasting about seven years. A recent article in the Redlands Daily Facts and a post by the Alumni & Friends Facebook page have made it clear that the current mascot, Thurber, will soon be reaching the end of his term. Both sources state that the university is looking for an American Kennel Club (AKC)-certified stud to breed with Opal (Thurber’s niece) to give birth to our new mascot.

It is for this reason that we, the Redlands chapter of the Student Animals & Society Institute (SASI) and other members of the greater university community, encourage the university to seek an alternative to breeding a new mascot. Opal will likely have to undergo cesarean section due to her breed’s inability to give a proper birth as a result of their extreme genetic modification, which also causes them to face other health issues such as respiratory problems, periodontal disease, and skin infections. (We understand that Thurber is only eight and may already be facing medical concerns.) We encourage the university to not perpetuate the genes of this loveable-but-unhealthy breed, as well as to avoid contributing to pet overpopulation by purposefully breeding animals.

Adopting a rescue animal has been deemed “difficult” by university officials given the timely nature of seeking and training a new dog. Puppies are understandably preferable to adult dogs for longevity and temperament reasons. It is true that puppies can be rare to find on rescue websites, but it is not completely impossible. Members of the university community such as SASI and other undergraduates, faculty, graduates, and alumni may be willing to assist the university in finding a suitable rescue puppy, just as they were willing to help the university find a stud to breed with Opal. Should a rescue dog prove unsuitable for mascot duties, some current or former student and/or faculty member would likely be more than willing to provide a new home.

Lastly, we would like to encourage the university to broaden their search to more than just an English bulldog. American bulldogs are more agile than English bulldogs and face fewer health problems. Non-purebred dogs and other mixed pit breeds are not only physically healthier than our typical mascot, but live longer as well (there are many mixed pit breeds at the local animal shelter). Adopting a non-purebred rescue dog as our new mascot would be a great example of compassion in a world where compassion is often lacking. We encourage the university to seriously consider our requests as not just a viable option, but the best option.