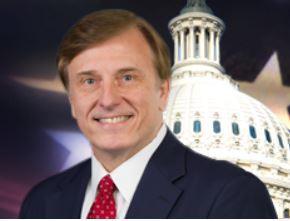 Encourage Congressman Fleming to Co-Sign HR25 The FairTax Act. We Need him back!

U.S. Representative John Fleming says he quit supporting the #FairTax #hr25 because it is "not gaining traction in Washington." That right there is an admission of not wanting to work for policy that favors the People, but instead wants to be in lock-step with DC politics. It's not popular enough. Of course it isn't politically viable, Sir! That's the idea!