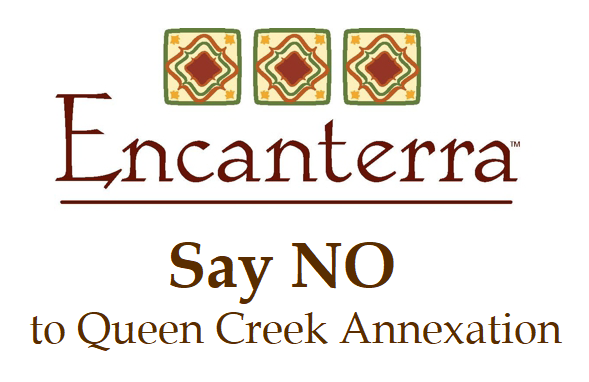 Encanterra Country Club and surrounding businesses, in San Tan Valley, have been targeted for annexation by the town of Queen Creek.

A single Encanterra Property owner, of less than a year, has submitted not one, but two applications for annexation to Queen Creek.

What does annexation mean to Encanterra property owners?

The pro-annex "group" make these claims:

LET YOUR VOICE BE HEARD – SAY NO TO ANNEXATION BY SIGNING THIS PETITION!