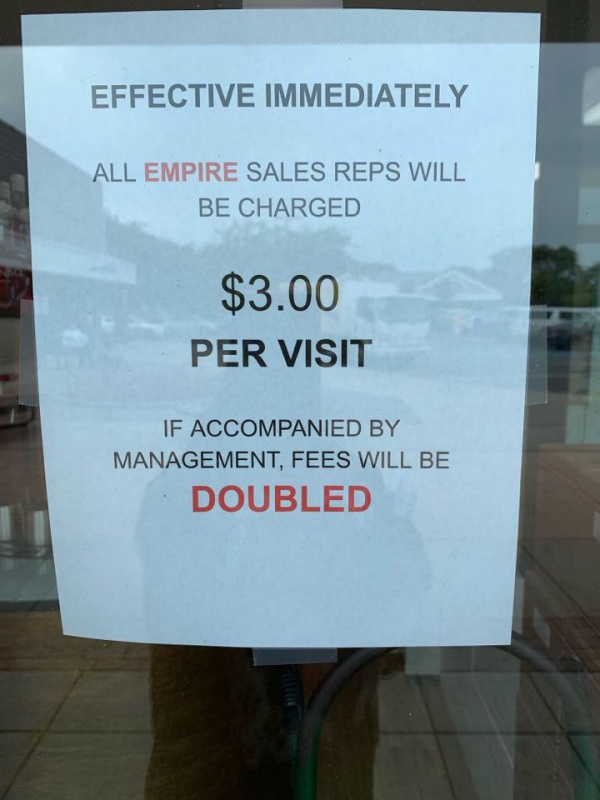 We, the undersigned, request that Empire Merchants remove the $3.00 delivery fee that was instituted on August 1, 2019.

I encourage everyone who has signed this petition to take the following actions to reduce the amount of business they do with Empire until the delivery fee is removed:

4) Remove all sale signs and promos related to Empire items

5) Refuse to do in store tastings that feature Empire items