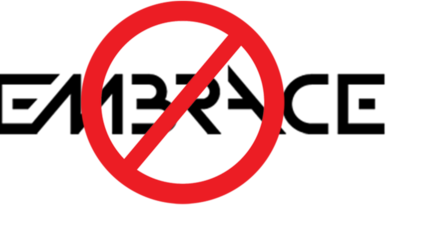 For two weeks in a row, Toronto promotions company: EMBRACE PRESENTS has put on two concerts / shows where patrons have endured poor accommodations, lost/stolen items as a result of poor security, and overcapacity / overselling tickets. We, as loyal fans of these artists and as patrons that have paid our hardworking money to Embrace Presents demand an immediate refund from the promoter, the OMDC (Ontario Media Development Corporation) and Better Business Bureau to review the events through an investigation. Embrace Presents receives government funding through the OMDC.

The event details where the mishaps happened are as follows:

Uncontrollable scene with patrons entering the coat check area where hundreds of jackets and belongings were stolen. Many guests of the event lost valuable items, coats, jackets, car keys, and more as a result of poor security and not being able to control the groups of people that entered the coat check zone that was off-limits. People were stealing, passing through the gates, no security attempted to stop the looting, nor was there any police presence in this area. Several articles from the media are here:

3-4 levels security checks, just to enter the concert venue. This is not normal, and not accessible for many.

Thousands of patrons pre-purchased 'Floor Access' tickets for $80-$100+ (at a premium compared to seat-level tickets). Hundreds of guests were turned away from access to the Floor prior to the headlining artist performance due to 'Floor Level being at capacity'. The promoter clearly oversold tickets and did not deliver what they promised. No where on the ticket or receipt from Ticketmaster states that 'floor access is subject to capacity'. Any respectable and reputable events company should know that you must leave enough room in your venue for each level of access. Even the artist, Zedd, has criticized the promoter. Several articles from the media are here:

Again, we demand a refund from the promoter, Embrace Presents for the following:

- poor planning and event management
- little security and police presence at coat check area
- lost / stolen items at the Disclosure concert on Oct. 17
- poorly planned security protocols leading to 3-4 layers of security checkpoints, which led to patrons missing artist performances
- Overselling Floor Access tickets and not delivering access to patrons who paid for and expected access to the area
- Mistrust and poor handling of crowds during the event
- an official review from the Better Business Bureau, Ontario Media Development Corp*, and City of Toronto as a result of these events that have left concert-goers with a poor experience.

Please sign the petition and let's show Embrace how upset the loyal fans are based on how these situations situations are handled, and also show the OMDC and City of Toronto the negative experiences that are being presented.

*OMDC provides Embrace Entertainment Inc. with grant money for live music events. This is public funding from the Ontario government to produce shows that drive tourism, enable growth of Ontario and Canadian music, and showcase live and impactful performances.