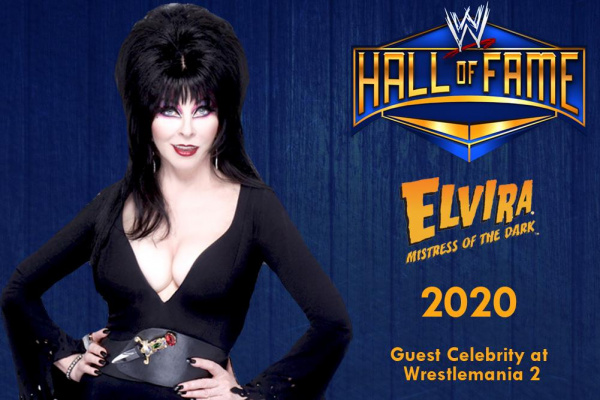 This petition is to get Elvira Mistress of the Dark as the next celebrity inductee into the WWE Hall of Fame in 2020. Her time in WWE was memorable as she was a part of the announce team along side Jesse "The Body" Ventura and Lord Alfred Hayes that called the main event of Hulk Hogan vs King Kong Budy at the main event at Wrestlemania 2. We think she would be a great addition to the list of celebrities that are aready inducted in to the Hall.