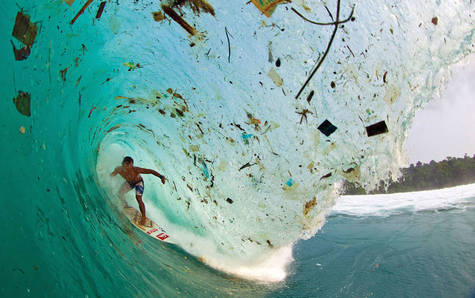 Oceans account for 70% of the planet's surface. Are home to over 9 million species Such large bodies of water provide 70% of our oxygen, regulate climate, as well as store many valuable resources including 97% of our water supply as well as minerals, oil, fish. Over the last century instead of resembling a pristine environment our oceans have turned into a wasteland. 14 billion pounds of documented waste are dumped into the ocean each year. As of now there is approximately 5.2 trillion pieces of plastic in the world's oceans, and this number is only growing. Circular oceans currents cause, gyres, massive mountains of trash to form the greatest being seen in the pacific ocean. The Pacific trash vortex is the largest collection of trash 15 million km2 - twice the size of Australia. By signing this petition you will bring awareness to this issue.