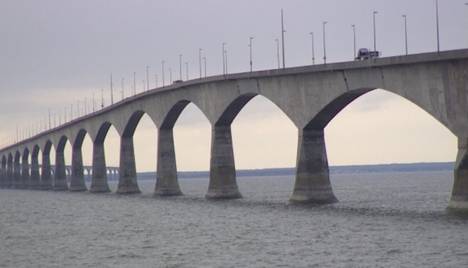 Eliminate the Confederation Bridge tolls for all islanders

I read today that Montrealers are getting a better deal than Islanders.

The Champlain Bridge in Montreal, which measures just under four kilometers, was more expensive to build than the 13-kilometre Confederation Bridge.

However, like the bridge that links P.E.I. to New Brunswick, the Champlain Bridge is the responsibility of the federal government.

Operation of the Confederation Bridge was leased to a private company called Strait Crossing.

The toll to cross Confederation Bridge is $45.50 for the standard two-axle vehicle.

This is crippling for families that have to travel off the island for medical services and makes employment opportunities off the island non feasible.
.

Taxpayers, who will be responsible for Champlain Bridge, will also be on the hook for the Confederation Bridge in 2032, once Strait Crossing recovers the cost of building it.

A recent decision not to charge tolls in Montreal is a game changer.

Now it appears the rules are changing and, given that change, people would question why Islanders are paying $45.50 to cross a bridge that cost $1 billion to construct and a bridge that cost closer to $5 billion, from what federal officials have told me, and that is toll-free.’’

If the rules have changed, there should be a reconsideration of the toll people leaving P.E.I. have to pay.

Also we Islanders shouldn’t have to settle for a discount.

It should be free, period.

All Canadians have to be treated equally and if people are getting a bridge paid fully by the Government of Canada in Montreal why are we and other Canadians using the bridge to and from Prince Edward Island paying a toll. There is an element of unfairness to it.

Sign the this petition to drop the tolls for all Islanders for the Confederation Bridge crossing.