Electrify The Southern Highlands Line
The NSW CityRail Southern Highlands line was opened in 1863. This allowed passengers as far as Goulburn to travel to Sydney Central Station. The line hosts daily services, as well as the Xplorer to Canberra and the XPT to Melbourne. Many years on, and an increasing population, the Southern Highlands Line has become often congested and needing much repair. 95% of Interstate freight runs through this corridor, so it is worth investing in.
The 2-Car, single deck diesel Endeavour trains which service the line only come every hour each way, they regularly break down causing major delay, they are slow and inefficient and they are usually full and over-packed. The Southern Highlands Rail line is the only line out of Sydney that has not had electrification. While residents of the Illawarra, Central Coast and the Blue Mountains all have electrified services that go directly to Central Station, Wollondilly and Southern Highlands residents must use the CityRail diesel Endeavour carriages and are usually forced to change trains at Campbelltown or Macarthur. 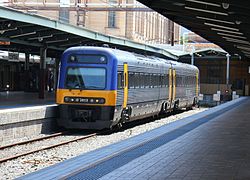 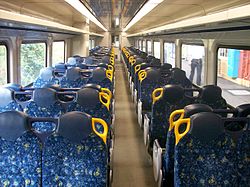 With a rapidly growing population of people (exceeding well over 100,000) who commute into the city and surrounds, the Southern Highlands Line must be electrified and fixed in order to continue to run these services that passengers rely on. Urban sprawl is continuing out into areas such as Campbelltown, Penrith and Wollondilly/Southern Highlands. People will be not be willing to live in these areas if the transport system as it stands cannot support our passengers and commuters.
22 Stations, 225km of track and many angry passengers who deserve fast, easy and efficient travel and commute to wherever they seek to travel.
Dempsey Bloom - A concerned resident.