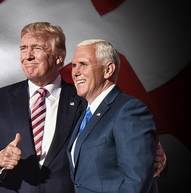 Electoral College: Honor Your Commitment To The Voters On December 19

On December 19, the Electors of the Electoral College will cast their ballots. If they all vote the way their states voted, Donald Trump will win. If some other result occurs, there will be mayhem and this is a rabbit hole into which the United States has never descended. If it does, the result may dismay all.

We are calling on the Electors to honor their commitments to support the candidate that the voters who elected them to the Electoral College intended.

Replacing the Electoral College with a de facto override by the popular vote is antithetical to the Constitution and amounts to bullying by a few large States against the great majority of all the States. If that happens, the unrest and division is likely to dwarf the anti-Trump protests following the election.