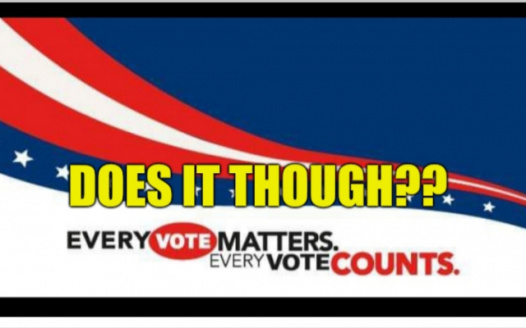 Hugh McMillan says...
"Apathetic voters were not the root cause of the difference. Failure on the part of those paid to conduct the election correctly the first time were the root cause. I do not understand why this is not the focus now. It is clear over 80% of the people that originally voted were cheated out of their say. That is where the apathy is. I have not seen the names of anyone at the precincts that screwed up posted. I have not seen the people responsible for training the precinct workers posted. I have not seen the names of the Pickens Co. Board of Elections posted. You ain't going to fix this problem without calling people out by name.
A commission should not require a new election without holding someone responsible for the voided election. To do so is to promote cheating without consequences. Some people call it voter fraud."

Johnnelle Raines says...
"Point is there is this botched election and it is Rodney Allen’s fault and it’s costing taxpayers 10,000 dollars, and not everyone is going to vote that voted last time and he still is in charge of the election. That’s just WRONG. I for one am livid about disenfranchisement of Voters and the person responsible still has a job."

Matt Wavle says...
"If I cost my boss $10,000 I doubt I’d still have a job the next day.
If a coworker cost the company $10K and the boss took it out of our Christmas or Year End bonus... we’d all demand that he be fired.
3 clerks all making the exact same mistake points directly towards bad training, bad management, bad support, and a desperate need for a major change."

Alex Saitta breaks it down by numbers
http://www.pickenspolitics.com/alex_0000f4.htm