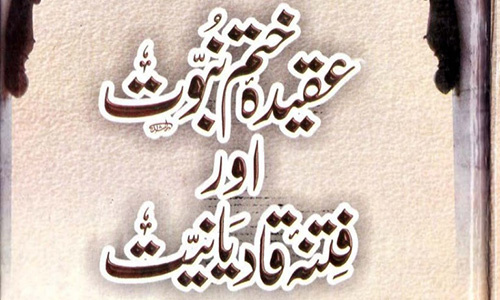 891 people have signed this petition. Add your name now!

On 2nd October 2017, the National Assembly of Pakistan passed a bill of election reforms 2017, in which political parties change the clause of Khatm-e-Nabuwwat in candidate nomination form, this clause was a compulsary oath which had to be taken by all member of the parliament.

They also eliminate Article 7b and 7c by which Qadianis remain Non-Muslims and they will not call themselves Muslims.

We, the Muslims of Pakistan reject this amendment and demands Supreme Court to restore the clause of Khatm-e-Nabuwwat in candidate nomination form & also restore Article 7b and 7c.