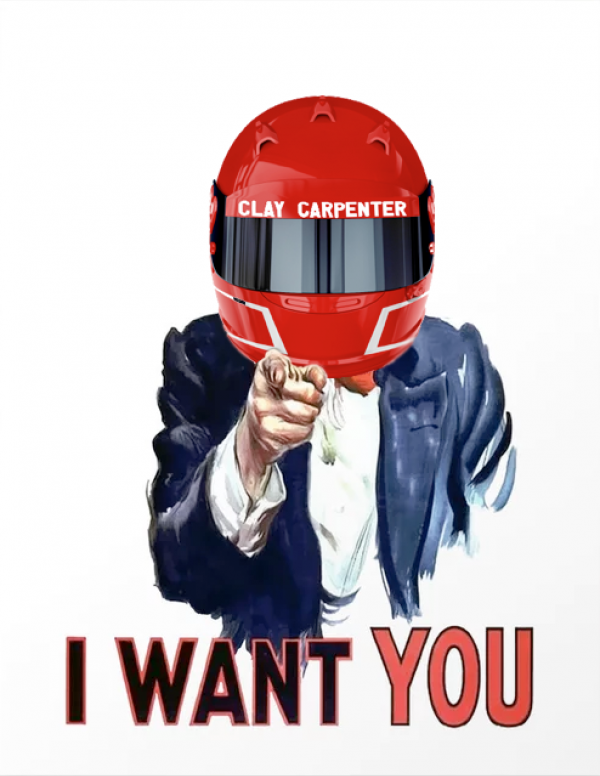 Elect Clay Carpenter to the VSCDA board of directors

Good Morning fellow VSCDA members. With the encouragement of a few of you, I am attempting to become part of the VSCDA board of directors. Since I have not been asked by the board to join, I am going to need your help in making this happen. Our bylaws state that “Nomination of candidates may be made by petition in writing of ten members to be received by the Secretary no later than thirty days before the annual Meeting.”

That being said, It appears like I am a little past the deadline (October 21). If my nomination is not excepted, I believe your nominations for me will count towards next year, of which we will fall well below the 30-day deadline.

For those of us who have not met, I am the guy who often races a black #32 Corvette. I also own two SCCA HP Healeys (one of which ran at the Runoffs 23 times, sat on the podium 6 times, and won the championship in 1987) as well as an IMSA wide-body Corvette similar to the Greenwood cars). Past race cars include a Volvo 122 2.5 Challenge Trans-Am race car and a 1969 BP/IMSA Corvette. I work for Ford Motor Company in an innovation studio where it is my job to think up ideas for cars the are 3-5+ years out. I am also part owner/illustrator for icravecars.com. This is a clothing company that ships automotive apparel all over the world. I love automobiles of all eras (especially racing cars).

As a member of the board, my goal would be to encourage the next generation to follow in the VSCDA founders’ footsteps by taking on the responsibility of “restoration, preservation, and operation of Vintage Sports Cars.” This includes the cars of their youth.

I would work hard to be YOUR VOICE. I would introduce to other board members the improvements to the club that you, the members, have been talking about and asking for in the shadows. I have heard many of you saying, “for decades I have been asking for…with no resolution…” and "I gave up trying..." By using surveys and other modern means of communication, I believe that we could all have a vote/voice in making sure that YOUR/OUR desires for the club are met.

As a creative mind, I will develop ways of attracting new racers that don’t realize that they have an avenue for getting on track. By doing so, the groundwork will be laid for not only having packed fields for this coming season but for generations to come.