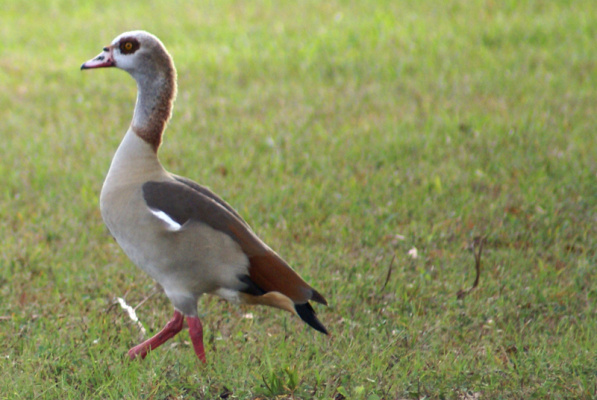 Students and Faculty of Nova Southeastern University (NSU) are tired of the Egyptian Geese. As a Florida native, they were never around South Florida. Then, about 2 or 3 years ago, they appeared and have been a nuisance on this campus. They are aggressive towards people and the native wildlife like the ducks, and it is time to finally stand up to a bird and send them out of this campus.

Everyone who attends NSU main campus in Davie, Florida has seen one of them strolling around campus. Most people know someone who was a victim or has personally been a victim to these "Demon Ducks". One could be walking to class and an offended geese will chase them, causing a literal "goose chase". According to Florida Fish and Wildlife Conservation, they are considered nonnative. Nonnative species are not supposed to cause a threat to the native environment, "...but some have become invasive by causing harm to native species, posing a threat to human health and safety, or causing economic damage" (FWC, 2018). With everything that is going on at NSU, they should be considered as an invasive species and thus be removed from the premise and preventive measures should be in place to keep them away.