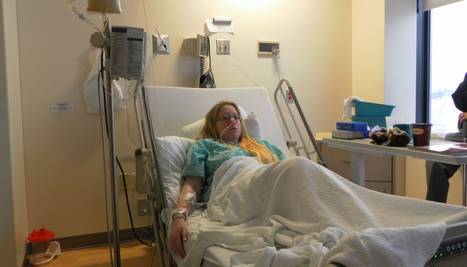 Force Doctors in the United States to Better Educate Themselves on Chronic Pancreatitis, Especially in the ERs!

My name is Stephanie Dumoulin and I suffered from 2009 until nov 21 2012 from an attack of acute pancreatitis every 2 months which quickly turned to Chronic Pancreatitis due to being born with Pancreas Divisum. I was admitted with acute pancreatitis every 2 months in the hospital here in my city every time I had an attack of acute pancreatitis. The problem is doctors and gastroenterologists all over the USA, especially when you present to the ER during attacks of pancreatitis most not educated enough about Pancreatitis, especially when it turns to Chronic Pancreatitis. As a patient who suffered many times when I could of received better care for my illness, I can honestly say that Chronic and acute Pancreatitis are illnesses that have been proven to be the most painful illness known to man. It has even been proven that it is worse than cancer pain. This is an area where doctors need to be educated on most. The pain. The only way to treat this pain is through narcotic pain medicine and unfortunately, doctors do not treat Pancreatitis pain properly and the pain is enough to drive someone who is perfectly normal mentally, to the point of depression, suicide, anxiety, and even to the point of temporary insanity. The pain needs to be treated and the attacks of pancreatitis need to be treated properly. When it turns to Chronic Pancreatitis like it did in my case, My former family doctor was very uncaring and treated me like a drug seeker and only treated my pain with the minimum of narcotic pain. Like I said, this pain is debilitating and it needs to be treated properly with narcotic pain medicine. Doctors need to educate themselves on this illness. There are many causes of it, there are many treatments for it. I didn't get any of those chances except that I had to fly out of town to get a diagnosis of Pancreas Divisum as my reason for the illness. And no doctor or gastroenterologist would help me in my city. They were not educated enough. Therefore I suffered for nothing from 2009 to 2012. I had to fly to out of town in 2012 and finally got a good GI who runs a pancreas clinic to help me. Unfortunately by the time I saw him, it was too late for any treatments and I had to fly to out of town and undergo the Total Pancreatectomy with Auto Islet transplant. My pancreas was removed. That's how serious this illness is. I was dying at the hands of the doctors here in my city. And this unfortunately is a very common occurrence with doctors. They are not educated enough and they simply tell patients that they have to live with this illness for the rest of their lives and to deal with it! You simply cannot do that! I lost 3/4 of my stomach, my spleen, my whole pancreas, my duodenum, my gallbladder, my appendix and my Omentum and a third of my Jejunum due to this illness. Over 50 acute attacks of acute Pancreatitis destroyed my pancreas and other organs. The only reliable tests for viewing the pancreas is the Endoscopic Ultrasound and it has to be done by a gastroenterologist who is skilled and educated on the Pancreas and it's diseases. I am lucky to be alive. Therefore I am speaking out on this disease. It kills! Everyday it kills! It can lead to Pancreatic Cancer and death. It's a very serious illness and its not being treated like one. If doctors here would of been more knowledgeable on Pancreas Divisum, which I was born with as the cause of my attacks, I could of got my pancreas fixed as there are many procedures that can help. But no doctor helped me. And this is a common occurrence. I belong to Facebook support groups for Chronic Pancreatitis and some groups have 3,000 members!!!! And their stories are all similar to mine! We need to raise awareness on this illness and force doctors and gastroenterologists to treat it and find its causes and treat the pain properly. This is my plea. I am now a type 1 diabetic with Gastroparesis and I lost my career due to this illness. I am determined to make a change in the health care system! Something needs to change and I am asking if it can please change! I created this petition to show that something needs to change! There are people dying!!! Lives are at stake and people are being sent home from the ERs with no treatment or pain relief and people are suffering for nothing! Please make a change!