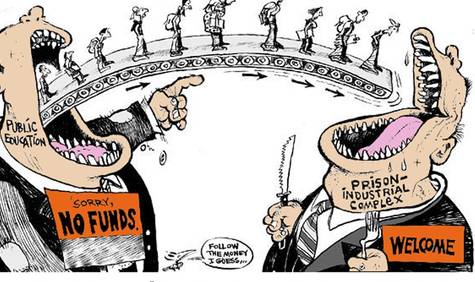 Do you know the total state cost of prisons in Michigan is $1.3 billion? Do you also know Michigan ranks 42nd for state support for public higher education and has the fourth least affordable tuition levels in the nation? Even with last year’s appropriations increase, universities have yet to recover from the 15 percent cut the administration made four years ago. Today the State of Michigan remains 6.82 percent below the prior funding level. And with Michigan spending nine times more on each prison inmate than it does for its students, we’re one of only two states spending more on prisons than public universities. As a group of Michigan State University students, we are directly affected by these high tuition rates due to the extremely high state prison spending. This issue is very important to us and we would greatly appreciate your support. We will be sending a letter to the state budget director of Michigan with a link to this petition in an effort to increase higher education spending and lower tuition.