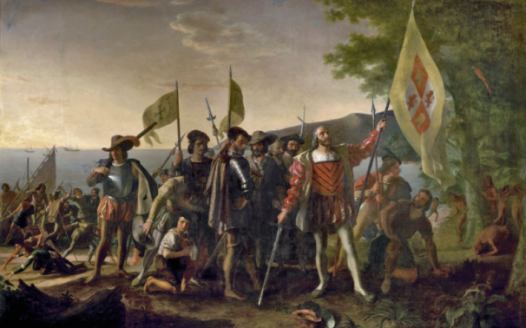 The genocide and continued discrimination against Indigenous Peoples in the Americas was prompted mainly by a man who we celebrate annually and are often taught to admire, Christopher Columbus. Not only is a false picture of a man who was at his core (and outwardly) greedy and unempathetic, perpetuated constantly in media, but the damage is never undone by the public school system, at least not in my school district.

Though the lives and history of indigenous peoples in the Americas is included a number of times in the Connecticut and Secondary Social Studies Frameworks (which states the current basics of the social studies curriculum in CT) throughout many grades, the issue is never really hit directly on the head. Even if it was, these standards are not exactly what one might call “mandatory”, so really, the most I am hoping for is that teachers discussing the curriculum this year will understand the need for the inclusion of this topic. Another much more unlikely possibility would be convincing the CT or Greenwich Board of education to enforce and improve the standards set by these frameworks. The final and most likely outcome of my action is that no official changes will be implemented but that some teachers might decide to include assignments relating to this topic in their lesson plans or units. For example, a number of years ago, there was a paper asking students whether Christopher Columbus was a hero or a villain, which has sadly since been eliminated.

The main goal is to implement some official and/or unofficial changes at Greenwich High School. However it is possible (though highly doubtful) that other school districts or individual schools might follow suit.

*If you have already signed the physical version of this petition, do not sign this one*