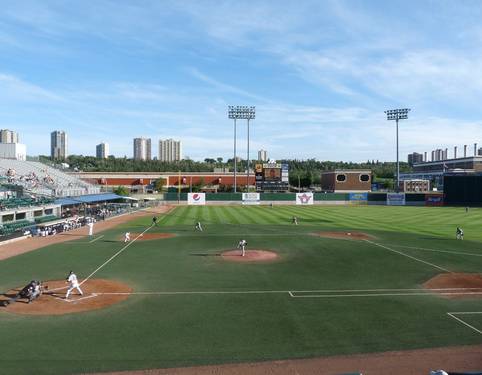 Edmonton is a sports town with beautiful ball park and a giant baseball bat but we do not have a professional baseball team. The dream of having an affiliated baseball team (i.e. The Trappers) in Edmonton again is probably a long shot but Edmonton should be able to support an American Association team. The Winnipeg Goldeyes is currently thriving in a population area half that of the Capital region.

The game plan of this campaign is a three step process:

1. An online petition to gauge the level of interest in bringing baseball back to Edmonton. Our current goal is 20,000, once we have reached that level we will begin phase two.

3. Based on the (hopefully overwhelming) success of the season ticket drive, we will approach potential owners such as the Oilers Entertainment Group (OEG) about feasibility of an Edmonton professional baseball team.