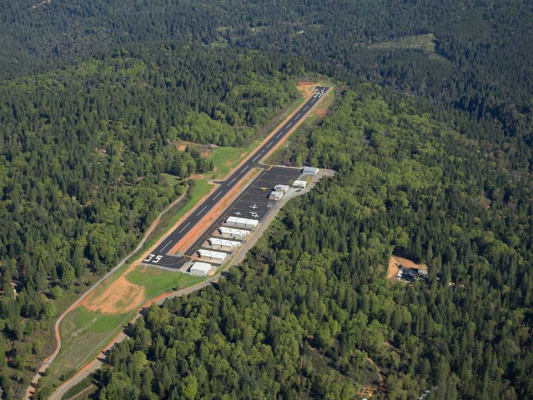 Our large group of property owners are writing you to formally request an opportunity to have a discussion with County Supervisors to reconsider the rates for hangar and ground rentals at both Placerville and Georgetown Airports.

The substantial increases in lease rentals at both El Dorado County managed airports recently came to the attention of the majority of hangar owners. According to the majority of owners, this rate increase was not properly announced. Most of the large hangar owners or lessees were not made aware of rate changes that recently occurred. In some cases, existing leases that are still in place were bypassed. In other cases, hangars are not covered by leases even though occupants have requested for years that leases be finalized. Those who possess leases, appear to have been bypassed without the contractual mutual agreement and written consent.

A substantial number of hangar owner lessees are very unhappy and believe that the County is not and has not followed contract law, the Brown Act, or given due notice to proposed rate changes. The County of El Dorado has not had any problems finding or notifying hangar lessees when it comes time to pay tax bills, aircraft ownership taxes, possessory interest taxes, rent notices or insurance issues. It is quite surprising owners could not be notified that rents would be nearly doubled.

We believe these rate increases are excessive and already has led to devaluation of our hangars (one hangar in Georgetown was sold two years ago for $35,000 and the most recent sold in the low $20s—for the same type of hangar). Attached is a summary of what other airports are charging for ground leases. You will notice that El Dorado County is unreasonably higher when compared to similar jurisdictions. Devaluation of hangars will lead to reduced tax income for the county.

These high costs may not only cause businesses at both airports to lay off employees and leave the county, they may also cause many aircraft and hangar owners to find another (far less expensive) home for their aircrafts.

Keeping these airports open and operating is necessary for the safety of our region and all residents. These airports become staging areas for fire and other emergency crews during emergency situations. Pricing the property owners out of the airports could severely impact the sustainability of these airports.

Title VI of the Civil Rights Act of 1964 and Part 21, Title 49 of the Code of Federal Regulations; “and to assure to all operators the availability of airport property on fair and reasonable terms and without discrimination”.

In determining reasonableness, what are the lease fees being used for and what cost benefit analysis has been done? Why does the County need fulltime benefitted employees sitting at the airport (Placerville only)? What responsibilities justify the costs of the positions? What other options have been explored? Other airports are using a single source contract for management and maintenance services to private companies. Has this been discussed? In some cases, other airports have given responsibilities for some maintenance to the pilot associations after establishing nonprofit 501(3)c status. Is this last option up for discussion?

Losing locally based aircraft and businesses to other airports with fair lease rates will have a negative effect on county tax income. The county will also potentially lose income tax from reduced fuel sales and aircraft property taxes.

Property owners are asking for the following:

Adherence with hangar owner requests will help ensure community safety, eliminate the possible foreclosure of businesses, the loss of jobs, and loss of tax revenue for the county and state. Better communication with hangar owners on policy change and taxes will greatly improve relations within the county. Ensuring viable sustainability of keeping the airports open is in the community and county’s best interest.